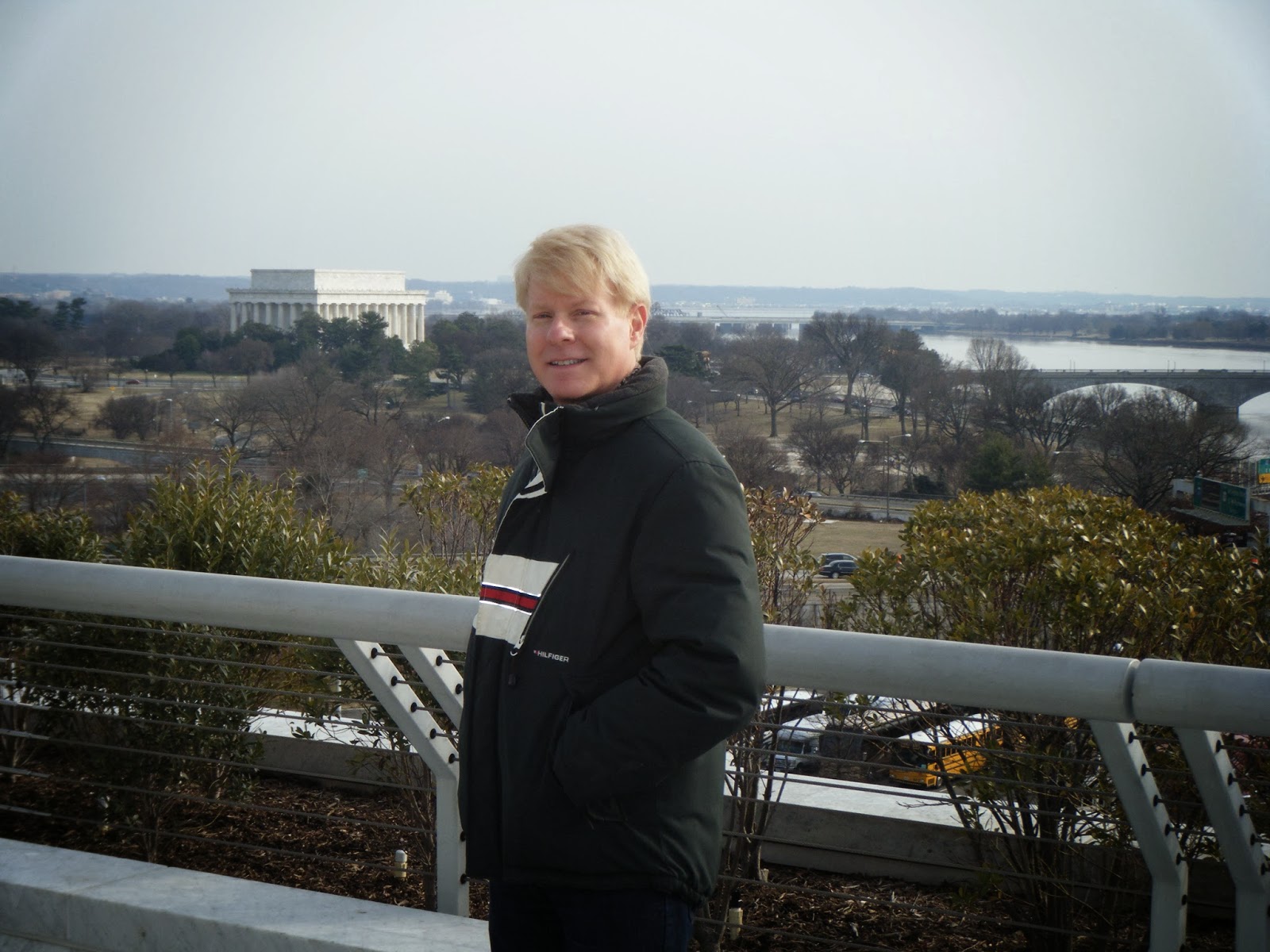 Yesterday my partner and I drove up to Washington, DC, on a reconnaissance mission to Washington, DC, to confirm the venue for our wedding ceremony in late April as well as confirming a restaurant venue for dinner the evening before.  We plan to have our ceremony on the top terrace level of the John F. Kennedy Center followed by brunch at the Terrace Restaurant at the Center.  Weather permitting, we will have the ceremony at the corner of the terrace that overlooks the Lincoln Memorial with the Potomac River in the background and Virginia in the further background beyond the river.  The image above shows the view with my partner in the photo (yes, it was quite cold with occasional flurries in the air).  We've also picked out a great restaurant for the dinner festivity the evening before.  One thing that struck me is the reality that we will be spending a good bit of money that will help the Washington, DC, economy rather Virginia's.  And we are only one of the many couples from Hampton Roads making the trip to either Washington, DC, Maryland, New York or Delaware to marry.  Financially, Virginia and Virginia businesses are losing a great deal of money.  All because the Christofascists are trying to hold Virginia back in the 19th century.  Bigotry does indeed carry a financial price.

We stayed at our friend's townhouse in Old Town Alexandria.  After completing the fact finding mission, we had dinner in the DuPont Circle gayborhood followed by a visit to Freddie's Beach Bar and Restaurant on the Virginia side of the Potomac near Crystal City.  The place was rocking an Freddie, the owner was great as were the drinks and wait staff.  We are told that the Sunday Brunch is awesome. The bartenders were all most attractive.  As for the crowd, there were younger and older, gay and lesbian, and even a number of straight couples there to enjoy the music and fun atmosphere.  If readers are going to be in Northern Virginia and don't want to have to drive back after partying in the District, Freddie's offers a wonderful alternative.  It was great for us since we could be back in Old Town in just minutes.  We will definitely be return patrons whenever we are in Northern Virginia. 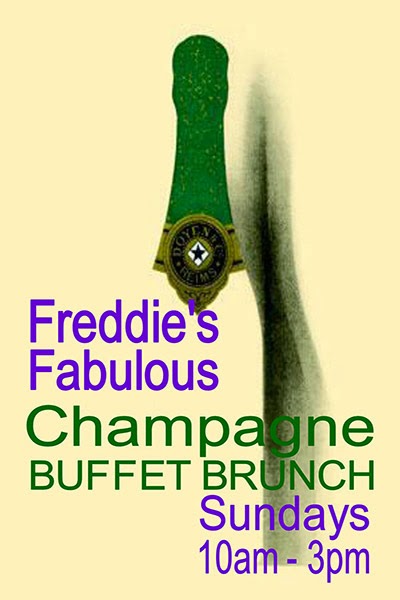 The last things that struck me from the visit were (i) how rapidly Northern Virginia is growing and how ethnically diverse it has become - all bad news for the Republican Party of Virginia and its Christofascist puppet masters.  As Virginia's urban areas grow and Northern Virginia grows, it will become harder and harder for the Virginia GOP races.   The toxic policies that the Virginia GOP is peddling are simply becoming anathema to educated and urban voters.

For what my opinion's worth, I think that you and The Boyfriend have picked one of the most attractive venues in Washington. Please note: The marble is quite slippery when wet.

Best wishes, though you don't know me, Ed Allan