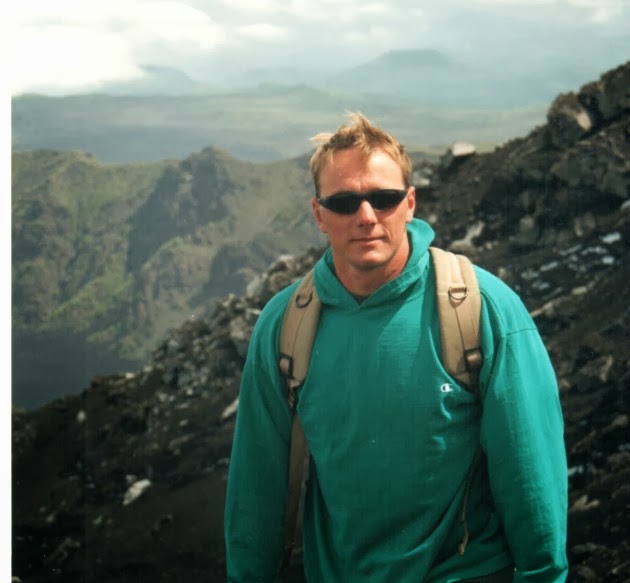 With Don't Ask, Don't Tell now on the trash heap of history where it belongs, most sane Americans have moved on and in this area of heavy military personnel concentrations, fewer and fewer people seem to care whether or not members of the U.S. Military are gay.  As it should be, the sole issue is whether service members are performing their duties.  Unless, of course, one is a gay sex obsessed Christofascist who likely has their own issues with their sexuality.  A piece in SOFREP.com (Special Operations Forces Situation Report) on gay Navy SEAL Brett Jones (pictured above) and a piece at Right Wing Watch provides a good juxtaposition between the world of those living in a reality based world and those living in an insane hate driven fantasy world.  First highlights from the piece in SOFREP:

The Navy had a Don’t-ask Don’t-tell policy (DADT), and I had met a number of people at gay bars in the area who still had been dishonorably discharged for it.  Being a Navy SEAL and gay proposed its own set of problems.  Fortunately for me, it was not obvious to people that I was gay.

It can be very difficult to accept who you are, especially in an environment that has a history of treating LBGT  (Lesbian, Gay, Bisexual, & Transgender) people negatively.  At the time, the thought of my teammates discovering my secret was terrifying.  Eventually, I was forced out of the closet to my SEAL team, and I discovered that it was not as bad as I had made it in my mind. Sure, there were guys who would whisper and talk behind my back, but overall my SEAL brothers supported me.  For that, I will always be thankful.  It was because of that support, from my brothers, that I could proudly say, “My name is Brett Jones, I am a Navy SEAL, and I am gay.”


The editor of SOFREP notes:

The people with whom I’ve worked in the Special Operations community are more concerned with an individual’s contribution to the team, and their ability to do their job exceptionally well, than their race or sexual preferences. It’s meritocracy in its purest form, and a wonderful example set by the Special Operations community, from which others can and should learn.

Gays in Special Operations existed long before the inception and eventual death of Don’t-Ask-Don’t-Tell (DADT). And while politicians and religious fanatics made a fuss about gays serving in the military, these men and women proudly served their country in silence, and earned the respect of their peers until DADT was eventually repealed.

But as noted, some people, particularly those who make a living disseminating hate and intolerance - and shaking down the ignorant and gullible for money - just cannot stop worrying about who others are sleeping with and/or who they love.  These people simply cannot rest if others are not forced to abide by their own fear and hate based religious beliefs that stem from the writings of   ignorant, uneducated Bronze Age herders.  Right Wing Watch looks at the latest batshitery eruption from the some of the former military chaplain set.  Here are exerpts from the spittle flecked rant:


On today's "Pray In Jesus Name" program, "Dr. Chaps" Gordon Klingenschmitt read from a press release sent out by retired military chaplains who are outraged by the acceptance of homosexuality within the military:

Before civilizations crumble, the last thing to hit the fan is government-sponsored, government-forced, homosexuality, sodomy, and pedophilia. Homosexuality is a psychiatric disorder and probably the worst sin described in the Holy Bible due to the permanent damage caused to what was or is or might have been a temple of the Spirit. The consequences are said to be nothing short of eternal damnation, by choice. It's a shame that the US military, historically known to be a beacon of morality and religious tolerance and freedom, while the civilian sector has engaged in immorality, is now having its nose shoved in the dirt of filth to make the Sinners-in-Chief in the highest echelons of politics--the perverts, the pedophiles, and the psychiatrically ill--feel better about themselves.

[He] approvingly read a quote from Chaplain John R. Kauffman who mirrored the insane ravings of Patrick Wooden when he asserted that "homosexuality is a combat divider" because it results in gay soldiers "taking breaks on the combat field to change diapers all because their treacherous sin causes them to lose control of their bowels."

I would argue that if anyone suffers from a psychiatric disorder it is Klingenschmitt and his allies.  In fairness to military chaplains, not all of them are mentally disturbed likes these folks.  In fact, my soon to be father-in-law, is a retired Army chaplain and he will be participating in my upcoming wedding to the boyfriend.

Email ThisBlogThis!Share to TwitterShare to FacebookShare to Pinterest
Labels: Don't Ask Don't Tell, fear and hate, gays in the military, homophobes, Klingenschmitt, mental illness, religion as a justification for evil

Let's take note here. The military does now, and has had, it's share of failed morals. Take a look at the nuclear officers cheating scandal as just one example.

We can back all the way through history to find a few bad apples, even in the military...so once again, his smugness is misplaced.