Back to My Coming Out Story 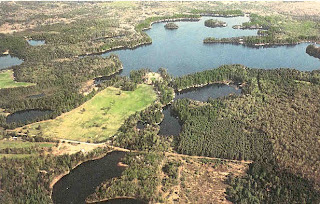 Sorry that I have not posted in such a long time. Many things have happened in the interim. Per my last post, I wanted to begin to talk about my coming out story. Before doing so, I first want to briefly describe my growing up. Like many gays, in my heart of hearts, I guess I always knew I was different from most of my male friends growing up. At first, I did not precisely know, nor was I able to explain in what way I was different. Only when I entered junior high school did I begin to realize that all of my emotional crushes and attractions involved other boys. Growing up in a conservative area of the country – central New York State – and coming from a weekly church attending Catholic family, this realization was something horrifying and that could not be admitted to anyone, including myself. While the Catholic Church may not be able to protect children and teenagers from pedophile priests, it did a terrific job in instilling fear and self-hatred in me as a young gay (not that I would EVER have called myself that at the time).

Therefore, I did what so many gays have done before me – I continued to try to be what everyone expected me to be. I was an altar boy for ten years (often serving daily mass and every Holy Week service), a serious student who was considered one of the “smart kids.” While I remained closeted, I lived in terror that “my secret” might be discovered by classmates and/or family and I lived my life almost as an actor trying to never stray from the expected script. Thus, I tried to be an athlete – wrestling intramurals, JV football team, tennis team, and eventually cross country. The first two were disasters and I hated both sports. Cross country was acceptable and I felt I was half way decent at it. Plus, it was a great way to get in shape for snow skiing, one of my true loves. Moreover, I excelled at skiing (and water skiing which will be discussed later), which in my small high school actually gave me some much longed for status among my peers. I might not be among the first picked in PE for a team, but I could out ski just about any boy in my high school and even helped some of the “jocks” learn to ski at the nearest ski resort some fourteen miles from my home, where my family had seasons passes for many years and belonged to a private club with its own private lift line. Of course, at times in this process I felt faint (especially riding up the lift sitting close side by side) if the jock receiving coaching assistance was one of the objects of my huge same sex crushes.

This success in a sport helped begin what I considered my three phases of my life: home and school, my skiing world, and my summer world at our summer home in the Adirondack Mountains. I will describe my summer life soon. A view of the lake from the air taken around the time I was a teenager is set out above.
Posted by Michael-in-Norfolk at Saturday, April 07, 2007 1 comment: