We had a wonderful time in Olympia, Greece and are enjoying a day at sea as we return to Venice.  All too typically, I had to review/revise/comment on documents for a client this morning.  With the truly terrible satellite Internet aboard the Norwegian Jade - I love the ship otherwise - keeping up with the office has been a major chore.

As a lover of history, especially the Greco-Roman era, being in Olympia and walking the sacred sites to Zeus and Hera as well as the facilities for the Olympic Games was truly a dream come true.  The husband was totally caught up in the history of the place as well.  As has occurred other times when I have traveled in Europe, I have been struck by what arrogant upstarts many Americans must seem to Europeans.  America has existed for less than 300 years.  The Olympic Games began in 776 B.C.E. and continued until 393 A.D.

I will have more post once we are back in Venice with decent Internet.
Posted by Michael-in-Norfolk at Friday, September 12, 2014 No comments: 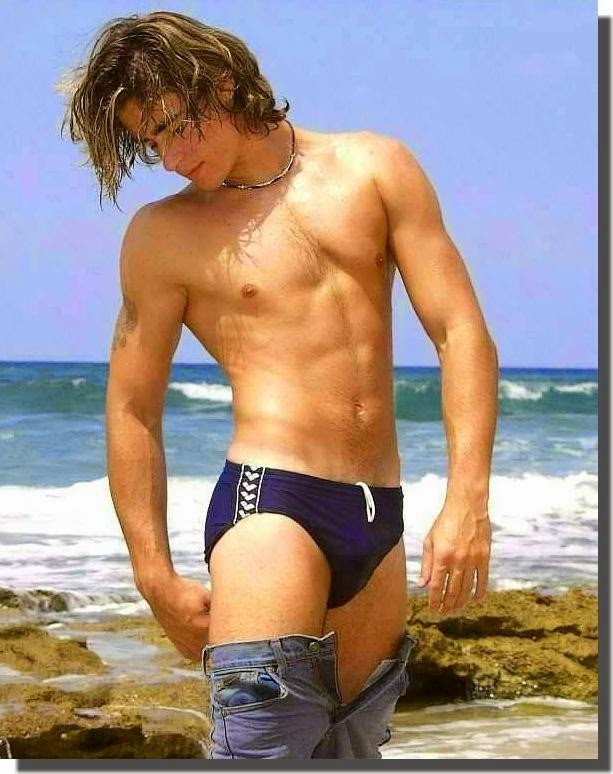 CRUISE/VACATION - DAY 3 AND 4: SANTORINI AND MYKONOS

Other than the annoyance of incredibly bad satellite Internet service (which is why I am not posting much news/political commentary) and the need to check my office e-mail daily and field questions and keep various client matters moving, the vacation continues to be wonderful.


Yesterday, we spent the day and part of the evening in Santorini.  The island is spectacular (as the photos reveal) but I will confess that my fear of heights forced me to climb the 2500 stairs up to the main town of Thira rather than take the "tram" which could be described as a ski lift from Hell.  Once at the top of cliff overlooking the ancient volcano caldera and in town, we had a wonderful time sightseeing, shopping and having dinner at an amazing restaurant overlooking the main harbor where our cruise ship was at anchor.  The view was stunning, as was the sunset that we were able to watch as we dined.

Today, we spent the day in Mykonos and after sightseeing in the old town we went to the beach at Elias Beach - one of the gay beaches on the south side of the island. While waiting to catch the bus to the beach, we met a very nice gay couple from Milan, Italy who are currently working in Berlin.  Later, we met a nice gay couple from Los Angeles.  Aboard ship, we have also met nice couples from Australia and other parts of the USA.

As a lover of history and ancient Greece, the trip has been a dream come true.  Tomorrow, we will be in Olympia, original site of the Olympic Games, and also tour what is reportedly a great archeology museum near the site of the original Olympic Games.

Satellite Internet permitting, I may try to post a couple of political/current events posts.  Time will tell whether or not I will be successful.
Posted by Michael-in-Norfolk at Thursday, September 11, 2014 No comments: 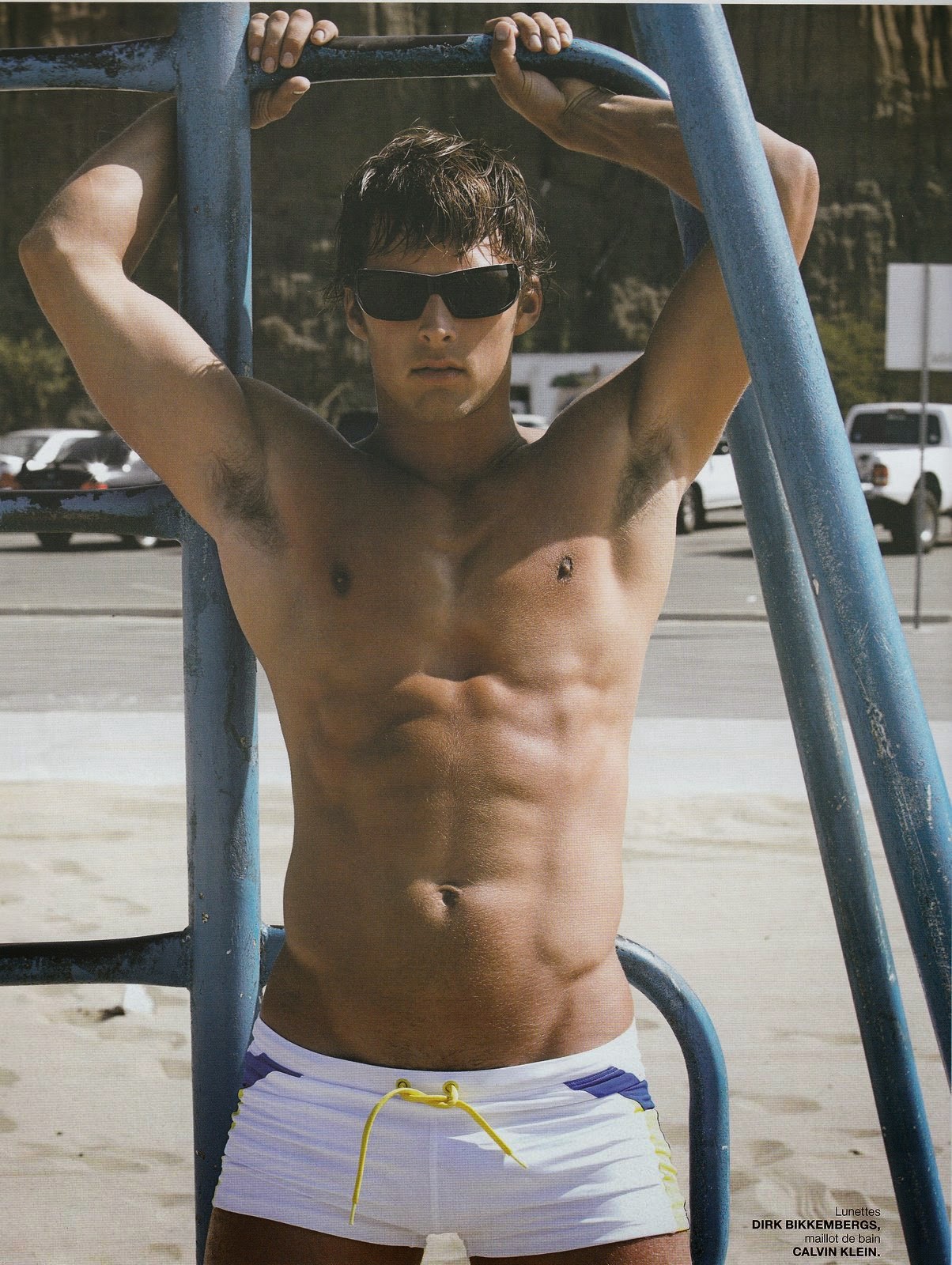 Posted by Michael-in-Norfolk at Tuesday, September 09, 2014 No comments:

A Must Read: Zealot, The Life and Times of Jesus of Nazareth


One of the books I am reading on the trip is Reza Aslam's  book, "Zealot, The Life and Times of Jesus of Nazareth."  For anyone who loves history and, perhaps more importantly, seeks to know the truth about Christianity, the book is a must read (I am about 3/4 through the book).  It is easy to see why the professional Christian set and Christian fundamentalists have been horrified by the book and condemned it: it basically blows apart their entire version  of Christianity and underscore how many portions of the New Testament are not historically correct and demonstrates over time how the Church fathers changed the facts to fit their agenda.

These rewritings range from the conscious effort to distance the new faith from Judaism in the wake of the destruction of Jerusalem in 70 A.D. and the vengeance of Rome against to shifting the blame for Jesus' execution to the chief priests of the Jewish Temple rather than Rome in the person of Pontius Pilate who in fact had ordered the crucifixion of thousands of Jewish "trouble makers" who challenged Rome's authority in word and deed.

The other stunning revelation that I never before fully understood is the fact that St. Paul was deemed a heretic and teacher of untruths by the original apostles, particular James, the brother of Jesus (who was diminished over time by the Church because his very existence blows to Hell the Church's myth of Mary as "the ever virgin").  What Paul concocted - and three times was reprimanded for by James and the other apostles based in Jerusalem - and which largely became what is now accepted Christian belief, bore little resemblance to what was being preached by the original apostles and Jesus' acknowledged brother and true successor as leader. Ironically, what allowed the transformation started by Paul to flourish was the fact that when Rome wiped out Jerusalem and all of its inhabitants in 70 A.D., the mother assembly and the surviving remnants of most of the original apostles and their closest followers were wiped out as well.

The overall take away?  The true nature of Jesus - if he indeed existed - and what he and his immediate direct successors taught bears little resemblance to what passes for accepted Christian belief nowadays.
Posted by Michael-in-Norfolk at Tuesday, September 09, 2014 2 comments:

Yesterday's [Sunday's]day at sea was relaxing although last evening we had the distressing news that someone had tried to break into our home while the house sitter was out.  A back door was kicked in, but fortunately, the alarm system went off and must have scared the thieves away.  Other than the damage to the door, nothing was stolen or damaged.  A contractor will be replacing the door with a much more break in proof door.

Today we spent a wonderful day on Corfu on the northwest coast of Greece.  First we visited a monastery founded in 1220 on the west coast of the island on a high peak (the photo above is a sample of the view).  Next we visited a palace built by Elizabeth, Empress of Austria (she was on the throne when my father's parents live in Austria before emigrating to America).  Our last stop was in the old town area of the town of Corfu which dates from when the island was a part of Venice empire.


NOTE: I apologize for the low level of posting, but the satellite Internet aboard the ship is horribly slow and it is very, very difficult to upload  photos.  In fact, I could not get any posts to load yesterday.
Posted by Michael-in-Norfolk at Tuesday, September 09, 2014 1 comment: 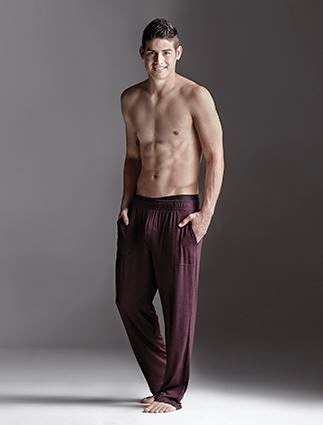 Posted by Michael-in-Norfolk at Sunday, September 07, 2014 No comments:

Venice and Aboard the Norwegian Jade

Our stay in Venice was wonderful and we saw as much of the city as one can in two days.  High points were a trip out to Murano to see the glass works via a water taxi and then a wonderful (and expensive) dinner at the Hotel Daneli's top floor terrace restaurant.  It's hard to describe the maze that Venice's canals and streets (some only four feet wide) comprise.  It's also an unusual experience being in a city where there literally are no cars.  As for the men, there are lots of drop dead gorgeous guys!

Boarding the Norwegian Jade went smoothly and we love our suite which is on deck 11 adjacent to the ship's officers' quarters.  Dinner in the Grand Pacific dining room was elegant and we completed the evening by attending the "Friends of Dorthy" gathering where we met some nice guys.  Today we will be at sea as we head to Corfu, our first port tomorrow.  I've posted a number of photos to give an idea of some of our experiences. 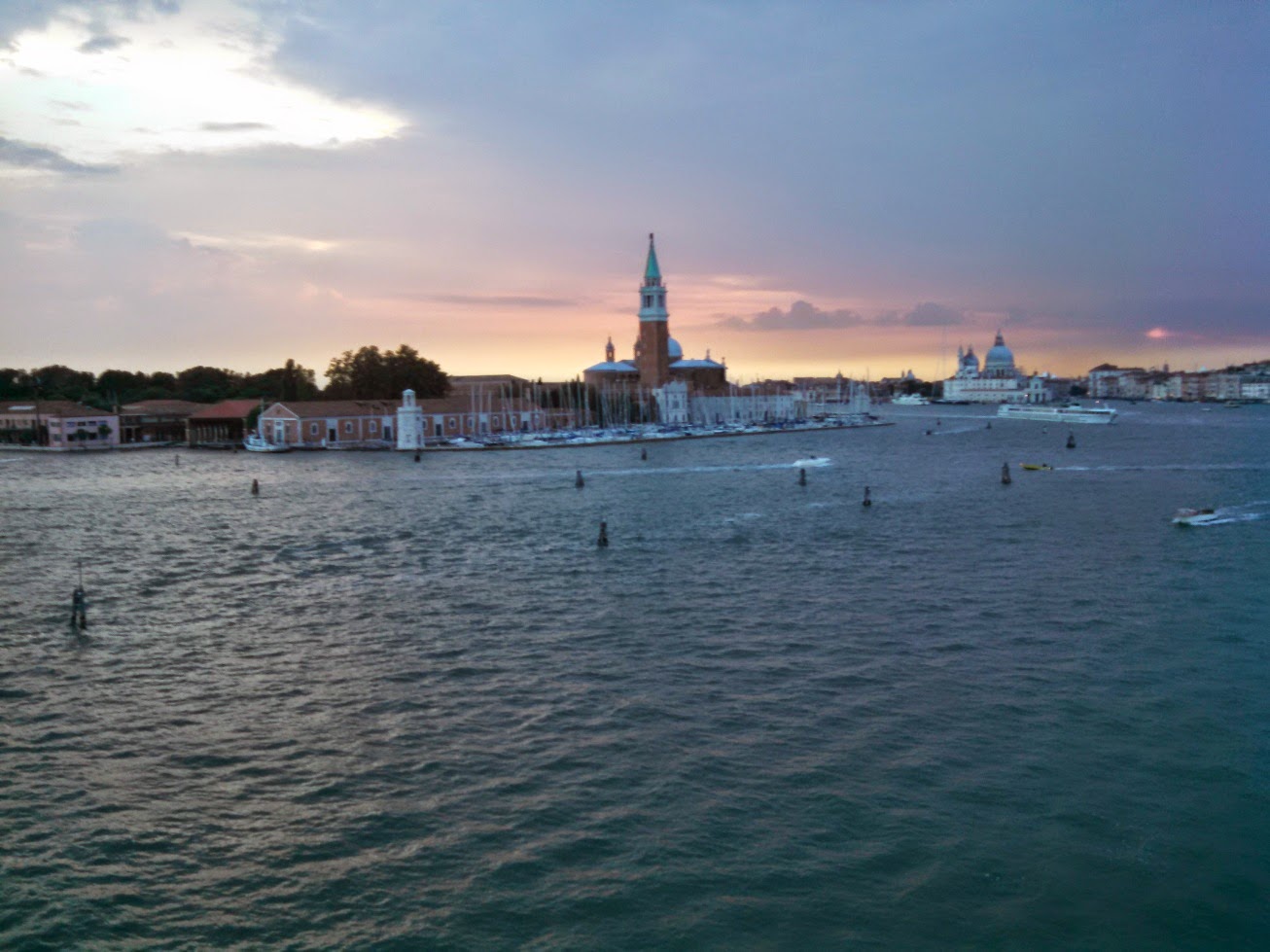