Putin’s Sochi and Hitler’s Berlin: Dictators and the Olympic Games. 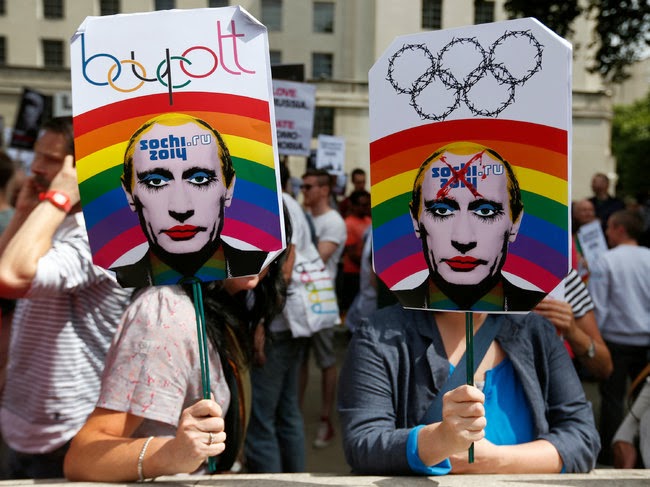 Not to beat a dead horse, but it is important to keep remembering the parallels between Hitler's 1936 Berlin Games and Putin's 2014 Winter Games.  Both involve egomaniac dictators, both involve nations with heinous laws aimed at persecuting an unpopular minority, and both involve dictators who view violence as a means to an end - there own enhanced power.  A piece in The Daily Beast looks at the love affair that brutal dictators have with the Olympic Games.  A love afair that the IOC has always been only too willing to accommodate.  Here are highlights from the piece

Like Hitler’s 1936 games, Putin’s campaign to hold the Olympics in Sochi is all about adding to his personal glory, not any desire to better Russia.

Do not mistake the epic graft in Sochi as unusual or incidental. Corruption is the overriding principle of Putin’s 14 years in power and looting the Russian treasury and the Russian people is itself the goal. For all the foolish attempts to interpret Putin’s geopolitical strategy and personal ideology, the common denominator is always whether or not an action helps him maintain the cash flow that in turn enables him and his clique to stay in power.

Putin also wanted the Sochi Olympics to be his Peter the Great moment, the beloved Soviet summer resort town turned into an international jewel the way Saint Petersburg was built into an Imperial capital practically from scratch. It can even be said that, like Peter’s endeavor, Putin’s transformation of Sochi relied on a serf labor force.
This is the sort of delusion that sets in when a despot confuses himself with the state after too long in power. Absent the feedback mechanisms of a free media and real elections, he begins to believe his glory is the country’s glory, that what makes him happy also makes the people happy.

There is a distinction here between Sochi 2014 and the Summer Games in Moscow in 1980 and Beijing in 2008. In those cases, the authoritarian propaganda machine was in the service of promoting the achievements of a country and a system. They were dedicated to the greater glory of Communism, the Totalitarian State, the superiority of the system and the athletes it produced. Nobody remembers who presided over the 2008 Games in Beijing and only a few might recall Brezhnev in Moscow. Meanwhile, the chairman of the Russian Olympic Committee never appears on TV or anywhere else, nor does the director of the Sochi Games. No, this spectacle is clearly about the ambitions and hubris of one ubiquitous man, something it has in common with the Summer Games held in Berlin in 1936.

Of course the evil of the Nazis is beyond comparison. Of course no one can rival the murderous fiend Hitler became in the 1940s. Of course no one expects a new world war or an attempt to emulate the Holocaust. But summarily discarding the lessons of Hitler’s political rise, how he wielded power, and how he was ignored or abetted abroad is foolish and dangerous. In 1936, even Hitler was no Hitler. He was already viewed with suspicion by many inside and outside Germany, yes, but he stood beaming in that Berlin Olympic stadium and received accolades from world leaders and stiff-armed salutes from the world’s athletes. There is no doubt this triumph on the world stage emboldened the Nazis and strengthened their ambitions.

Intentionally or not, the Putin regime has followed the Berlin 1936 playbook quite closely for Sochi. There have been the same token concessions in response to international outcries over bigoted laws. A few prominent political prisoners were released right before the journalists arrived. Even the tone of the propaganda has a familiar ring, as brilliantly illustrated by the writer and journalist Viktor Shenderovich this week. He quoted a statement by Putin loyalist politician Vladimir Yakunin accusing the western media of anti-Russian hysteria and hostility and condemning these foreign critics for attempting to disrupt the Olympics. Shenderovich then revealed that half of the statement was actually by Karl Ritter von Halt, the organizer of the Berlin Games, only substituting “Russia” for “Germany” throughout. The transition was seamless.

The International Olympic Committee is an eager partner in all of this and also has a long and dark history. After the triumph of Berlin, for example, the next Games were planned for Tokyo and Rome. New IOC President Thomas Bach’s strained protests about how foreign leaders protesting Sochi are “inserting politics into sport” ignore that fact that selling a huge platform for propaganda and corruption to a dictatorship is also “playing politics.” By Bach’s dubious rationale, the IOC would award the Games to North Korea as long as the venues were adequate and the fees were paid promptly.

[T]he reporters will go home with their funny stories, all the rainbow logos will be taken down, and Russians will be left with the environmental disaster, the corruption and the repression, the debts, and the same crooks and thugs who created them all. The future is not bright for Sochi, unless you believe that misery loves company.

Russia is a beautiful and proud country with much to offer visitors and the world. My hope is that the world does not allow the voices of Russia’s dissidents, activists, and persecuted minorities to be drowned out by applause.


Watching how the Sochi Games came to be and Putin's ego and ambition again reminds us that those who do not learn from history are doomed to repeat it.  The IOC and many of the big sponsors have clearly learned nothing. 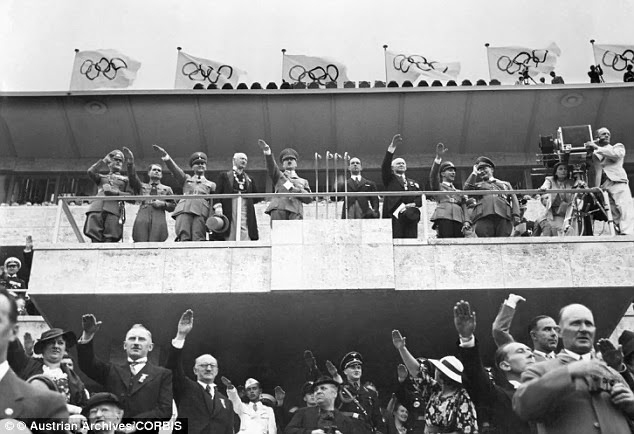