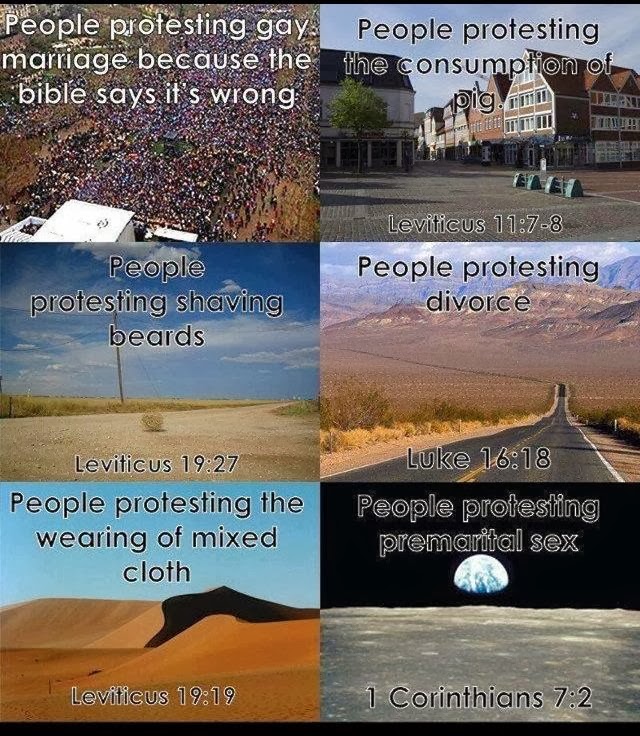 Proving once again why their respective churches all deserve to lose their tax-exempt status, The Church of Jesus Christ of Latter-day Saints, the U.S. Conference of Catholic Bishops, the National Association of Evangelicals, the Southern Baptist Convention, and the Missouri Synod Lutherans have all joined in a brief trying to convince the U.S. Court of Appeals for the 10th Circuit that the civil laws must conform to their fear, ignorance and hate based religious beliefs. Never mind that Section 501(c)(3) of the Internal Revenue Code states in relevant part as follows:

(3) Corporations, and any community chest, fund, or foundation, organized and operated exclusively for religious, charitable, scientific, testing for public safety, literary, or educational purposes, or to foster national or international amateur sports competition (but only if no part of its activities involve the provision of athletic facilities or equipment), or for the prevention of cruelty to children or animals, no part of the net earnings of which inures to the benefit of any private shareholder or individual, no substantial part of the activities of which is carrying on propaganda, or otherwise attempting, to influence legislation . . . . .  and which does not participate in, or intervene in (including the publishing or distributing of statements), any political campaign on behalf of (or in opposition to) any candidate for public office.

But as we see time and time again, the "godly folk" consistently view themselves as above the laws that govern everyone else.  They accuse LGBT individuals of wanting "special rights" but it is they themselves who want and demand special rights.  ABC News looks at the effort of these vile organizations to effect the civil laws so as to deprive gay and lesbian couples of equal rights under the United States Constitution.  Here are excerpts:

A coalition of religious organizations has come together to urge a federal appeals court to uphold same-sex marriage bans in Utah and Oklahoma, saying unions between a man and woman are best for children, families and society.

The argument is being made in a 42-page brief filed Monday afternoon to a Denver-based court reviewing cases that could reverse gay marriage bans in Utah and Oklahoma.

Lawyers for The Church of Jesus Christ of Latter-day Saints and U.S. Conference of Catholic Bishops wrote the brief, which was signed by the National Association of Evangelicals and Southern Baptist and Lutheran organizations.

The religious groups say opposite-sex marriages are sanctioned by God as the best setting for raising children.

They say accusations that their opposition to gay marriage represents bigotry are "false and offensive."

Besides this effort, all of these churches worked to influence the passage of the anti-gay amendments in most of the states across America.  The IRS needs to revoke their tax exempt status, levy taxes against all of these organizations and then start levying against their assets as if they refuse to pay.  Perhaps the Mormon Temple in Salt Lake City and  and St. Patrick's would be good assets to seize first.

Oh, and let us not forget the hypocrisy these churches show in their selective picking and choosing of Bible passages.  Their leaders are modern day Pharisees.
Posted by Michael-in-Norfolk at Monday, February 10, 2014