Is the GOP's Civil War Heating Up? 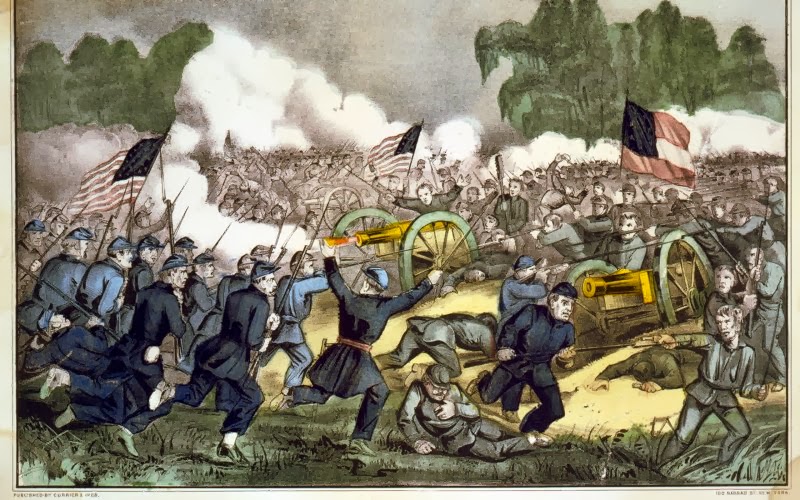 I've said many times that the so-called Republican establishment created a Frankenstein Monster when it allowed the Christofascists and their thinly disguised first cousins in the Tea Party to infiltrate the party base.  Having been on the Virginia Beach GOP City Committee for eight years, I know first hand that these crazy people had to be voted onto local city and county committees.  While one can attend meetings, one does not become a voting member simply by showing up at meetings.  All across America, lunatics were voted onto the grass roots organizations.  I saw the early stages of this process which directly correlates to the extremism that we now see in the GOP.  It also directly correlates to the GOP becoming a sectarian party.  Yet none of this had to happen.  It was allowed to happen.  Now, the dwindling number of sane people left in the GOP are trying to kill the monster that was created.  A piece in The Daily Beast looks at the growing civil war.  Here are excerpts:

W]e have all seen the sabre rattling between the Republican factions—especially between the Tea Party and establishment wings of the Party.  In December, House Speaker Boehner seemed to reach a breaking point when he called conservative groups like The Heritage Foundation and FreedomWorks “ridiculous” and exclaimed that they had  “lost all credibility.” And certainly conservative groups have been seething over the recent budget deal and the passage of the farm bill because it didn’t include the wholesale cuts they sought.

But it wasn’t until this past week that we saw leaders of certain GOP groups in essence lay out a specific battle plan.  First, former Representative Steve LaTourette announced last Friday the formation of a new Republican PAC whose goal is “beat the snot out of” Tea Party Congressional candidates.  LaTourette, a moderate, boasted that he hoped to beat Tea Party candidates in eight to ten races in the 2014 midterm election.

Then on Monday, president of The Tea Party aligned FreedomWorks, Matt Kibbe, ratcheted up the war talk by pledging to unseat the 28 Republicans who recently voted to raise the debt ceiling. Their “hit list” includes House Majority leader Eric Cantor and Speaker Boehner, whom Kibbe bluntly stated had, "failed in his duty to represent the people and as a result, it is time for him to go.”

It truly appears that we are on the verge of a reckoning within the GOP beyond simply the targeting of a few seats. Who will win is anyone’s guess, in part, because there are so many Republican factions fighting each other.  Indeed, the three day Battle of Gettysburg was easier to follow because there were only two sides, the North led by General George Meade and the Confederates headed up by General Robert E. Lee.

We have establishment Republicans led by people like Peter King. There are the Tea Party Republicans featuring Ted Cruz and his cohorts. Then there’s the libertarian wing headed by Rand Paul.  And arguably, there’s a fourth group seeking control of the GOP: the religious social conservatives such as Rick Santorum and Mike Huckabee. Although this GOP faction seems less focused on fighting with fellow Republicans and more concerned about “women’s libidos.”

In time we will know if this was nothing more than sabre rattling or an all out war for control of the GOP. But keep in mind that even after the Battle of Gettysburg which was seen as the turning point of the Civil War, the hostilities continued for two more years.

One thing is certain: every resource that the Republican Party expends fighting each other is one less they have to do battle with Democrats in the general elections.  Bottom line is that the real winner in this civil war may not be any faction of the GOP—but actually the Democrats.