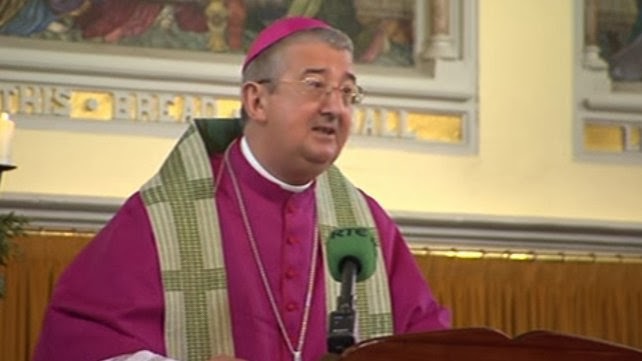 One of the few bright lights in Ireland's Catholic Church sex scandal has been Archbishop Diarmuid Martin who consistently spoke out and called for accountability among members of the Irish Church hierarchy.  Now, Martin is rocking the hierarchy's boat again by stating that homophobia is an "insult to God" and taking to task those who do not show love towards gays.  Martin obviously needs to get this message across to members of the U.S. Conference of  Catholic Bishops which continues to press an anti-gay jihad in dioceses all across America.  The Irish Independent looks at Martin's comments.  Here are story excerpts:

HOMOPHOBIA is "insulting to God", Archbishop of Dublin Diarmuid Martin has warned.

In the wake of the so-called 'Pantigate' controversy over homophobia comments made on RTE and a defamation settlement, Dr Martin said: "God never created anybody that he doesn't love."

Speaking to the Irish Independent, the senior cleric said this meant that "anybody who doesn't show love towards gay and lesbian people is insulting God. They are not just homophobic if they do that – they are actually Godophobic because God loves every one of those people".

Referring to the revelations made last week by TD Jerry Buttimer, that he was beaten, spat at, mocked and harassed because he was gay, Dr Martin expressed concern saying: "Certainly the sort of actions that we heard of this week of people being spat at because they were gay or ridiculed . . . that is not a Christian attitude. We have to have the courage to stand up and say that."

He added: "We all belong to one another and there is no way we can build up a society in which people are excluded or insulted.

"We have to learn a new way in Ireland to live with our differences and for all of us to live with respect for one another."

Concerns have been raised that debate could be stifled ahead of the upcoming referendum on gay marriage, after the national broadcaster paid compensation and apologised to officials from the Catholic advocacy group The Iona Institute over comments on homophobia made on 'The Saturday Night Show' by gay rights activist Rory O'Neill, who performs under the drag name Miss Panti Bliss.

Dr Martin said that at times in society today there was a "harshness and an arrogance and a relentless sense of vindictiveness, both in deeds such as in violence, but also in speech and in public debate".

It goes without saying that Martin's message would not be popular with the bishops of Richmond and Arlington here in Virginia nor with the hate merchants at The Family Foundation.