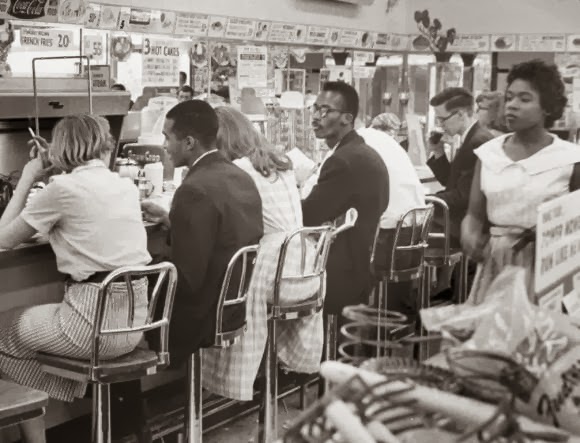 Recently, I reported on a sweeping special rights bill that passed Kansas' lower house which would have allowed Christofascists to ignore non-discrimination laws and refuse to serve or deal with gays even when performing governmental roles as employees of the State of Kansas.  Apparently concern over the extremism of the bill - not to mention the unconstitutionality of discrimination by state employees performing official duties - the leadership of the Kansas Senate has signaled that the bill is unlikely to pass the Senate in anything remotely resembling its current form.  The Wichita Eagle has details.  Here are excerpts:

Senate leadership torpedoed a controversial House bill that would have allowed private and public employees to refuse service based on religious views of marriage, leaving House Republicans scrambling Friday.

House Speaker Ray Merrick, R-Stilwell, said the current bill probably would not pass the House again if put to another vote. It cleared the House 72-49 on Wednesday, triggering national attention and a flood of protest calls to lawmakers.

If House Bill 2453 is considered by the Senate, it will look dramatically different, Senate leaders said Friday.

For starters, the provision allowing government employees to refuse service is out.  “I believe that when you hire police officers or a fireman that they have no choice in who they serve. They serve anyone who’s vulnerable, any age, any race, any sexual orientation,” said Senate President Susan Wagle, R-Wichita.

Concerns from the business community also contributed to the hesitation to move forward with the bill in its current form, said Wagle, who was joined at a news conference Friday morning by Senate Vice President Jeff King, R-Independence, and Senate Majority Leader Terry Bruce, R-Hutchinson.

The bill, as written, would hurt large and small businesses, she said.   She cited the bill’s stipulation that if an employee refuses service to a same-sex couple, the employer must provide another employee to perform the service. She said that would increase the cost of doing business.

She noted that Kansas businesses are prevented by law from asking about a prospective employee’s religious beliefs, and so an employer would have no way of knowing if a job candidate would refuse service to same-sex couples.

Several Senate Republicans approached Wagle on Thursday to voice concerns about the bill, her spokeswoman confirmed. She issued a statement Thursday night saying a majority of Republican senators would not support the bill in its current form.

Proponents have repeatedly said the bill applies only to services related to the wedding ceremony. But critics, such as the Kansas Bar Association and ACLU, have said the bill’s wording allows it to have a much broader impact.

Read more here: http://www.kansas.com/2014/02/14/3289387/senate-leaders-same-sex-marriage.html#storylink=cpy
The legislation is the result of an ongoing conversation by Rep. Lance Kinzer, R-Olathe, and Tim Schultz, state legislative policy director at the American Religious Freedom Program in Washington, over the possibility that federal courts could overturn the state’s ban on same-sex marriage.

The truth is that Christofascist are this day and age's segregationist who view themselves above the civil laws.  This bill embodies concepts that the Christofascists will likely seek to push through other state legislatures.  As for what it means for the sickness of the GOP, Andrew Sullivan summed it up well:

If the Republican Party wanted to demonstrate that it wants no votes from anyone under 40, it couldn’t have found a better way to do it. Some critics have reacted to this law with the view that it is an outrageous new version of Jim Crow and a terrifying portent of the future for gays in some red states. It is both of those. It’s the kind of law that Vladimir Putin would enthusiastically support. But it is also, to my mind, a fatal mis-step for the movement to keep gay citizens in a marginalized, stigmatized place.

It’s a misstep because it so clearly casts the anti-gay movement as the heirs to Jim Crow. If you want to taint the Republican right as nasty bigots who would do to gays today what Southerners did to segregated African-Americans in the past, you’ve now got a text-book case. The incidents of discrimination will surely follow, and, under the law, be seen to have impunity.

This whole affair underscores why the Christofascists need to be driven from the GOP - and polite society in general.
here: http://www.kansas.com/2014/02/14/3289387/senate-leaders-same-sex-marriage.html#storylink=cpy
Posted by Michael-in-Norfolk at Saturday, February 15, 2014