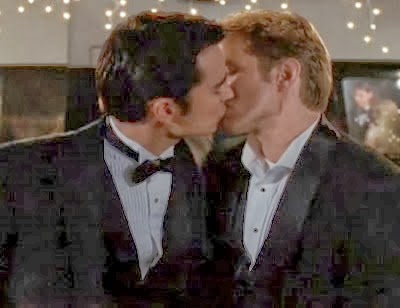 Yet another state will soon join the list of states being sued for their unconstitutional bans on same sex marriage. The state?  Missouri which will be facing a lawsuit to be filed by the American Civil Liberties Union ("ACLU").  The amounts of money being expended by states to defend such bans is becoming enormous and is ultimately happening solely because Republicans lack the spine to repeal these measures and kick the Christofascists into the political wilderness in the process.  The self-prostitution of the GOP is underscored by efforts of the Indiana GOP to enact a gay marriage ban even though the handwriting is more or less on the wall that even if passed such a measure will end up being struck down in a likely short matter of time.  USA Today looks at the coming lawsuit in Missouri.  Here are excerpts:

The ACLU, on behalf of gay couples throughout Missouri, plans to sue this week for recognition of same-sex marriage.

Couples from Kansas City, St. Louis, mid-Missouri and Springfield are included in the suit, which will be filed in state court in Kansas City.

Missouri voters approved the ban in 2004 — 71 percent to 29 percent — the same year Oklahoma approved its ban. The bans in both states are amendments to the state constitutions.

In his decision, U.S. District Judge Terrence Kern said Oklahoma's ban violates the U.S. Constitution. Kern ruled the amendment violated the equal-protection clause of the U.S. Constitution, calling the ban "an arbitrary, irrational exclusion of just one class of Oklahoma citizens from a governmental benefit."

Kevin Pybas, a constitutional law professor at Missouri State University, said the plaintiffs are likely making a calculated decision by filing in state, rather than federal, court.

"They're probably forum shopping. There's probably multiple state court judges that would be sympathetic to the position," Pybas said.

A handful of lawmakers are also seeking to impeach Gov. Jay Nixon for an executive order issued in November allowing same-sex couples legally married in other states but living in Missouri to file joint federal tax returns.

Here in Virginia one would be insane to file such a challenge in state court inasmuch as the Virginia Supreme Court consistently thinks it can ignore civil liberties granted to citizens by the United States Constitution.  Infact, the Virginia Supreme Court upheld Virginia's ban on interracial marriage not once but twice before the U. S. Supreme Court took the matter into its own hands and rendered its definitive ruling in Loving v. Virginia.
Posted by Michael-in-Norfolk at Tuesday, February 11, 2014