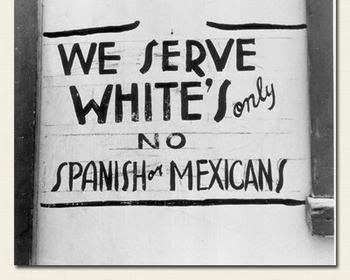 If there is any doubt that today's GOP base is anti-immigrant and basically racist, on needs to only look to the efforts of the always vile Phyllis Schlafly and Ann Coulter to cause the angry white base of the GOP grow even more hysterical.  The claim is that the Congressional GOP is about to sell out the party base and the nation as a whole if it approves any form of immigration reform.  Indeed, these two evil women want current immigration levels sharply cut back so as to stop what they perceive to be the "brown skin menace."  Here are excepts from Coulter's screed which will not doubt be picked up and parroted by many other hate merchants of the right:

As House Republicans prepare to sell out the country on immigration this week, Phyllis Schlafly has produced a stunning report on how immigration is changing the country. The report is still embargoed, but someone slipped me a copy, and it's too important to wait.

Leave aside the harm cheap labor being dumped on the country does to the millions of unemployed Americans. What does it mean for the Republican Party?

At the current accelerated rate of immigration -- 1.1 million new immigrants every year -- Republicans will be a fringe party in about a decade.

Thanks to endless polling, we have a pretty good idea of what most immigrants believe.

According to a Harris poll, 81 percent of native-born citizens think the schools should teach students to be proud of being American. Only 50 percent of naturalized U.S. citizens do.

While 67 percent of native-born Americans believe our Constitution is a higher legal authority than international law, only 37 percent of naturalized citizens agree.

The two largest immigrant groups, Hispanics and Asians, have little in common economically, culturally or historically. But they both overwhelmingly support big government, Obamacare, affirmative action and gun control.


It would be one thing if the people with these views already lived here. Republicans would have no right to say, "You can't vote." But why on Earth are they bringing in people sworn to their political destruction?

Republicans have no obligation to assist the Democrats as they change the country in a way that favors them electorally, particularly when it does great harm to the people already here.