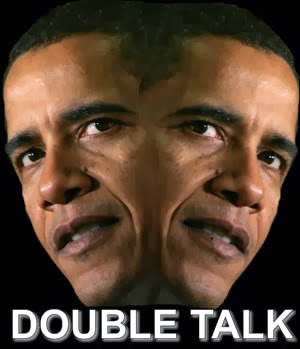 With John "I'm a Douche Bag" Boehner stating that the Employment Non-Discrimination Act, a/k/a ENDA, will go nowhere in the GOP controlled House of Representatives, pressure is again mounting on Barack Obama to issue and Executive Order banning discrimination based on sexual orientation which would be binding on the federal government and perhaps more importantly all government contractors.  In the Hampton Roads area, such an order would have significant impact given the area's high number of defense contractors.  Now, White House counselor John Podesta says such an order is under active consideration.  Here are highlights from the Washington Blade:

In a departure from previous public comments from the Obama administration, White House counselor John Podesta said on Friday an executive order barring LGBT discrimination among federal contractors is “under consideration.”

During an interview with Bloomberg News’ Al Hunt, Podesta made the remarks when asked if President Obama would issue a heavily sought-after executive order prohibiting federal contractors from discriminating on the basis of sexual orientation or gender identity.

“Well, what he said in the State of the Union was he was going to require federal contractors to pay a minimum wage of $10.10,” Podesta said. “The order that you’re talking about is under consideration at the White House. We’re looking at that.”

Asked by Hunt what Obama is likely to do, Podesta said, “Well, you know, I’m not going to prejudge that.”

Podesta’s assertion the executive order is “under consideration” is consistent with an email from Democratic National Committee Treasurer Andy Tobias leaked to the Washington Blade in June in which he said a “process” is holding up the directive. It’s also consistent with a one-time statement from White House spokesperson Shin Inouye that the administration “continue[s] to study the issue.”

Tico Almeida, president of Freedom to Work, welcomed the comments from Podesta, but said the time for consideration of the executive order is over.

“It’s great to hear Mr. Podesta say that the LGBT executive order is still under consideration at the White House, and I know that many LGBT organizations plan to keep pushing until this long overdue campaign promise becomes a reality,” Almeida said. “But I don’t think there’s anything left to study or consider: both Republican and Democratic presidents before President Obama have signed orders banning discrimination at federal contractors and they’ve always been upheld in the courts. This order fits perfectly with the White House plans for a ‘year of action,’ and the time to sign is now.”

I agree: Obama needs to stop contemplating his navel and procrastinating and act.  Sign the executive order now!!