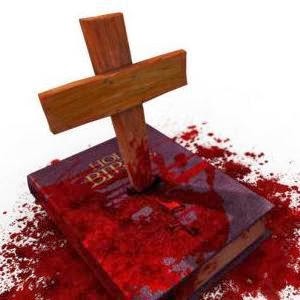 A column in the New York Times uses the start of the 2014 Winter Olympic in homophobic Russia this week as a spring board for a review of the plight of LGBT individuals in the many countries that criminalize homosexuality.  Some countries, all Muslim, even impose a death penalty for gays.  Behind all the hate and torment is ultimately religion.  Fundamentalist religion in particular.  Religion, which over the centuries has cause so much bloodshed and some much misery.  Religion, which in my view has brought a net harm to humanity.  Yes, scapegoating gays is a convenient way for corrupt and repressive governments to distract their often ignorant and uneducated citizenry from the true cause of their misery, but without religion it would be a much more difficult task.  Today, in Norfolk supporters of Virginia's gay marriage ban will hold a demonstration in support of the ban.  Despite what they may disingenuously claim about caring about children - these same folks politically generally support slashing social welfare programs and oppose Medicaid expansion - their actions are really all about religion and forcing their religious beliefs on all Virginians.  Americans need to face the reality that fundamentalist religious belief, whether Christian or Muslim, is an evil that the world would be better off without.  Here are column highlights:

There are few moments sweeter, more humbling or more thrilling than telling someone you love how you feel.  As soon as Roger Mbede did that, he was damned.

This happened in Cameroon, which, like many African countries, treats homosexuality as if it were a curse, a scourge. He lost sight of that, and made the mistake of sending several text messages that were too candid, too trusting.

“I’m very much in love with you,” one of them said, and the man who got it, apparently worried that he was being set up, turned Roger in. Law enforcement officers scrutinized all of his correspondence for suggestions of sexual activity with people of the same gender, which can lead to a prison sentence of five years.

On Thursday the Olympics begin. Worldwide attention will turn to Sochi, Russia, and there will be a spike in commentary about Russia’s dangerously homophobic climate, which has already prompted discussion and protest.

But while this will be an important reminder of the kind of persecution that L.G.B.T. people endure in a country openly hostile to them, it will also be an incomplete one. Russia’s hardly the worst.

Although it has an easily abused and utterly ridiculous law against so-called gay propaganda, it doesn’t technically criminalize same-sex activity. About 75 other countries do, and by the laws or customs of Iran, Saudi Arabia, Yemen, Mauritania, Sudan and certain parts of Nigeria and Somalia, such activity is even punishable by death. Gays, it turns out, are handy scapegoats, distracting people from the grave problems that really hold them back.

In Nigeria, the president signed new legislation last month that establishes 14-year prison sentences for anyone who enters into a same-sex union and 10-year sentences for people who publicly display same-sex affection or who simply participate in gay groups. There have since been accounts of gay people being rounded up.

L.G.B.T. people in Jamaica live in fear, despite a fresh, hopeful push by some Jamaicans to repeal a law that permits long prison sentences for sodomy. Mobs there have chased people believed to be gay, and last year a transgendered teen was reportedly killed — stabbed, shot and run over with a car — in a hate crime.

Strains of Russia’s florid bigotry can be found in its neighbors, too: Lithuania, Latvia, Moldova, Ukraine.

Back before the text message, back before the dread label of homosexual was hung on him, Roger [Mbede] had confidence. He had respect. He studied philosophy at a local university, with an eye on a teaching career.  “He was the hope of the family,” Nkom told me. “He was the one who had a future.”  Then he shared what was in his heart. And that future was gone.

These countries ought to be treated as international pariahs yet sadly, because of the undeserved deference and privilege given to religion, atrocities continue.    As I have said before, when I hear that someone is a "born again Christian" or "devout conservative Christian," increasingly my first thought is that they must be a horrible, self-centered person.  They deserve our contempt, not our deference or respect.