Mark Herring's Decision to Not Defend Unconstitutional Law Not Unusual 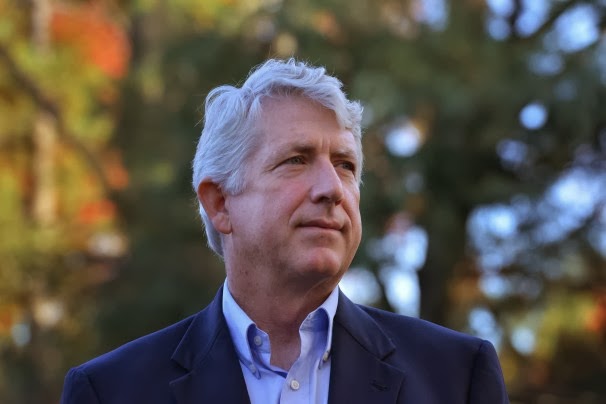 Virginia Republicans and their Christofascists puppet masters continue to vent and foam at the mouth over Attorney General Mark Herring's decision to cease defending Virginia's unconstitutional Marshal-Newman Amendment.   One can find daily rants at Bearing Drift and other far right outlets.  Through out all these rants, of course, is a convenient amnesia about hos such actions were perfectly fine when being done by Republican Attorney Generals, Jerry Kilgore and Ken Cuccinelli.  But then again, who ever claimed that today's Republicans aren't liars and hypocrites.  Fellow local blogger and news junkie Vivian Page recently wrote an op-ed piece in the Virginian Pilot that underscored the dishonesty and hypocrisy of Herring's GOP critics.  Here is the op-ed in its entirety:

VIRGINIA’S new attorney general, Mark Herring, has decided not to defend the state’s constitutional ban on gay marriage — drawing accusations that he’s not fulfilling his duties. We’ve seen this battle before.

In 2002, Republicans gained a majority in the Colorado legislature. Using that control, the legislature passed a bill redrawing the state’s congressional districts. It was signed into law by the governor. The state’s attorney general, believing the re-redistricting to be unconstitutional, petitioned the Supreme Court of Colorado to prohibit the secretary of state from enforcing the law.

In response, the secretary of state, Donetta Davidson, sued the attorney general, Ken Salazar. Davidson argued that Salazar’s suit against an employee of the state violated his ethical duty to represent his client as attorney general.

In 2003, the state Supreme Court ruled on both suits. On the ability of the attorney general’s right to sue, the court rejected Davidson’s argument, citing a 1905 decision that “it is the function of the Attorney General ... to protect the rights of the public.” The court also ruled, after a thorough review of the prevailing federal law, that the re-redistricting plan violated the Colorado constitution.

In between the filing of the suits and the decision, a number of briefs were filed. One was filed by 44 attorneys general across the country in support of Salazar. Among the arguments in the brief is that an attorney general has an obligation to uphold the law: “When... he believes a statute violates the constitution, he has a paramount obligation to defend the constitution he is sworn to uphold.”

Virginia’s then-attorney general, Jerry Kilgore, was one of the 44 who signed the brief.

Last week, Mark Herring decided that Virginia’s marriage amendment and state laws prohibiting same-sex marriage violate the U.S. Constitution. As attorney general, Herring is sworn to uphold both it and the constitution of Virginia.

It seems that most agree it is the prerogative of the attorney general to refuse to defend a law that he believes is unconstitutional.

Herring’s predecessor, Ken Cuccinelli, took that position last year after the General Assembly passed a law allowing the state to take over failing schools. While then-Gov. Bob McDonnell, also a lawyer, and many others disagreed with Cuccinelli’s conclusion, few claimed he was required to defend the law.

The heartburn seems to come from Herring’s decision to argue for the amendment and laws to be declared unconstitutional. Some have pointed to Virginia State Bar Rules of Professional Conduct to conclude that Herring has violated ethical standards.   In particular, they point to a rule that prohibits a lawyer from representing a client whose interests are materially adverse to the interests of a former client.

Who, exactly, is the client of the office of the attorney general? Is it just those supportive of the law in question? Or is it opponents, too?

I’d argue that all are clients of the office, regardless of who occupies the seat. And so, the office of the attorney general didn’t change clients at all. The change instead was who is sitting in the chair.

Cuccinelli believed that the marriage amendment and accompanying statutes were constitutional. His response to the two courts hearing challenges to these obviously represented his opinion.

Herring does not believe that is the case. He had a duty to inform the courts of this change in the position of the office of the attorney general.

Forty-four attorneys general — Republicans and Democrats — agreed that when an attorney general believes as Herring does, “he has a paramount obligation to defend the constitution he is sworn to uphold.”   Herring is just doing his job.

I would also point out that Herring's critics also hypocritically ignore other parts of the Virginia State Bar Rules of Professional Conduct.  In particular, Rule 3.3 which reads as follows:

Candor Toward The Tribunal
(a)   A lawyer shall not knowingly:
(1) make a false statement of fact or law to a tribunal;
(2) fail to disclose a fact to a tribunal when disclosure is necessary to avoid assisting a criminal or fraudulent act by the client, subject to Rule 1.6;
(3) fail to disclose to the tribunal controlling legal authority in the subject jurisdiction known to the lawyer to be adverse to the position of the client and not disclosed by opposing counsel; or
(4) offer evidence that the lawyer knows to be false. If a lawyer has offered material evidence and comes to know of its falsity, the lawyer shall take reasonable remedial measures.
(b) A lawyer may refuse to offer evidence that the lawyer reasonably believes is false.
(c) In an ex parte proceeding, a lawyer shall inform the tribunal of all material facts known to the lawyer which will enable the tribunal to make an informed decision, whether or not the facts are adverse.
(d) A lawyer who receives information clearly establishing that a person other than a client has perpetrated a fraud upon a tribunal shall promptly reveal the fraud to the tribunal.

Given the fast changing case law, including decisions handed down in Utah and Oklahoma, not to mention the recent 9th Circuit ruling on heightened scrutiny, Herring would have violated this rule if he had continued to make Ken Cuccinelli's untrue argument.
Posted by Michael-in-Norfolk at Sunday, February 02, 2014