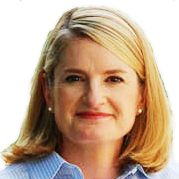 Our good friend and wonderful LGBT supportive ally Molly Ward (pictured at left) easily won re-election as the City of Hampton's Mayor by a margin of more than 64% to 34% defeating her challenger, City Council member Donnie Tuck.  Molly has been welcoming to HRBOR and the LGBT community unlike some in the various local governments in the Hampton Roads area (which has seven separate cities) "gets it" that to truly move forward, all residents, including LGBT residents and minorities, need to be embraced and welcomed and participants in the city's direction.   Unfortunately, as best I can tell, her opponent courted conservative churches and pushed a divisive message during the campaign.  The election results confirm that the great majority of Hampton residents reject that kind of message and that the "good old boy" policies of the past need to be replaced with progressive, forward thinking.  Here are highlights from the Daily Press:

Mayor Molly Joseph Ward easily won re-election Tuesday night, defeating City Councilman Donnie Tuck by a wide margin.  Ward was first elected to the mayoral seat in 2008. She previously served as the city's treasurer.  During her tenure in office, Fort Monroe was named by President Barack Obama as a National Park Service monument.

Ward has said her greatest strengths include her ability to lobby state and regional officials to help further the city's goals. Ward also serves as chair of the board of the Hampton Roads Transportation Planning Organization, a group that sets plans for regional transportation policy.

Tuck's critics have said, however, that he lacked the ability to gather support needed to change the City Council's direction.