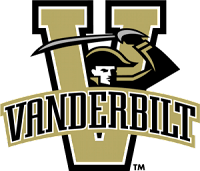 In a move that will no doubt have the knuckle dragging Bible beaters calling for his head, Tennessee Governor Bill Haslam (R) has committed to vetoing the bill that threatens to cut off state funding for Vanderbilt University (my maternal grandfather was a Vanderbilt medical school alumni) because of its policy requiring all on-campus organizations to abide by the university’s non-discrimination statement, which includes sexual orientation protections. Like most top tier universities Vanderbilt realizes that anti-gay bigotry is not good for recruiting students or faculty members.  That concept, of course, is lost on the GOP controlled legislature that wants to move the state backward in time to the Middle Ages.  Think Progress looks at Haslam's eleventh hour development of a spine.  Here are highlights:

For the past few months, Vanderbilt University has faced strong pushback from Christian student groups over its policy requiring all on-campus organizations to abide by the university’s non-discrimination statement, which includes sexual orientation protections. The groups claim that by being forced to allow gay students to participate and run for officer positions, they themselves are being discriminated against for their faith. The university has stood by its policy, arguing that because all students pay fees, all students should have equal access to campus resources.

This week, the issue escalated as the Tennessee legislature passed a bill threatening to cut state funding to any university that does not allow its religious student clubs to discriminate according to their beliefs. Though he does not agree with Vanderbilt’s policy, Gov. Bill Haslam (R) has committed to vetoing the bill — his first veto in office — because he considers it government overreach:


HASLAM: It is counter-intuitive to make campus organizations open their membership and leadership positions to anyone and everyone, even when potential members philosophically disagree with the core values and beliefs of the organization. Although I disagree with Vanderbilt’s policy, as someone who strongly believes in limited government, I think it is inappropriate for government to mandate the policies of a private institution.

Despite the veto, the debate will surely rage on. A nation-wide group known as the Christian Legal Society (which also has a Vanderbilt chapter) took a similar fight at a public college all the way to the Supreme Court a few years ago and lost. In Christian Legal Society v. Martinez, the Court found that “all-comers” policies were viewpoint neutral, and thus are no more unfair to Christian groups than any other student groups.

This is yet another case of Christianists demanding special rights - i.e., the right to discriminate - not granted to others.  It's always about the wants and bigotry of the Christianists who believe that they should be free on any limits on their displays of bigotry.  Just like the way they think they are exempt from the Commandment that forbids lying and bearing false witness against others.
Posted by Michael-in-Norfolk at Thursday, May 03, 2012