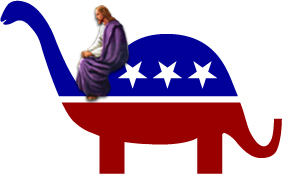 Besides lamenting the dramatic lurch of the Republican Party to far right/Christianist insanity, I continue to be dumbfounded that the GOP is placing all of its eggs in a shrinking demographic - i.e., aging white far right Christians and the ignorance worshiping loons in the Tea Party - and possibly throwing away the future.  Just about every report on the nation's changing demographics ought to be a loudly ringing alarm bell for the GOP, yet in its quest to be the party of political whores to the far right, the party embraces policies that alienate future generations of younger voters be it on issues of immigration to same sex marriage.  A piece in The Daily Beast looks at how the nation's changing demographics will favor Obama, not Romney, in November.  Here are highlights:

It was no fluke four years ago that America elected its first black president, and the trends that helped Barack Obama make history are evident today in demographics that favor his reelection. Millennials, the most liberal generation, are increasing at the rate of 4 million a year; there were 48 million in ’08, there are 64 million today, and Obama won them by 66 percent. Minorities too are growing as a share of the electorate, and Obama won them last time by 80 percent.

After the disappointments of the last four years, it’s unlikely that Obama will match his ’08 margins with these demographics. But to win, he has to do well enough among millennials and minorities to compensate for his weakness among white working-class voters, who were once the core of the Democratic base and now are the GOP’s bread and butter. “A real wild card is how many of them are going to show up,”

More single people, secular people, and people with college degrees are all part of what Teixeira calls a “warming trend” toward Democrats. White working-class voters, the group most resistant to Obama, were 28 percent of the electorate in ’08, and they’re down another 3 percent this year. But that’s a national number; in Ohio, a battleground state, they are 54 percent of the electorate.

The white working class is “plummeting” as a share of voters, said Teixeira, replaced by white college graduates and minorities.   .   .   .    “Even if Obama lost working-class whites by 23 points, he could still win the election because the country has changed so much,” said Teixeira.

The history of political parties is that over the long term they adjust to changing demographics and evolving attitudes. Trende predicts that by the time his young children are in college, the GOP will embrace gay marriage. And Teixeira said the Democratic Party, if it wants to retain the loyalty of Hispanics and young people, will have to deliver for them on economic growth and opportunity. “They can’t just rely on protecting Medicare and Social Security,” he said.

In the short term, though, there is a less harmonious scenario, a “racialized” politics that will play out over the coming months as the GOP doubles down on the share of the electorate it must carry by a big margin, those white working-class voters.  .   .   .   .  Evidence of this racialization is evident in Arizona, said Trende, where Gov. Jan Brewer “did everything she possibly could to alienate Latinos.” Running for reelection in 2010, Brewer ran behind McCain with Hispanics, but ahead of him by six or seven points among whites as he won reelection to the U.S. Senate.