Opposition to Gay Marriage Rests on Religion and Nothing Else 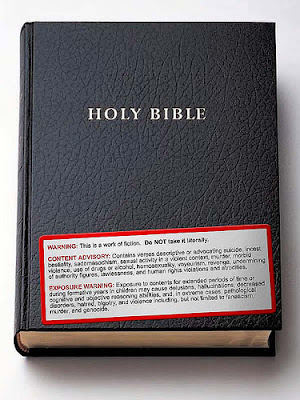 Despite all the contortions that the Christianists engage in to justify their opposition on something other than a naked desire to force their religious views on all of society, in the last analysis their opposition to same sex marriage rests solely on a fear and hate based form of religious belief.  All the disingenuous bullshit they regurgitate about what's best for children and so forth falls apart under close scrutiny and recent studies.  Their sole justification is religious belief.  And once this sole justification is fully highlighted, their arguments crumble as noted in Dale Martin's new book, "Sex And The Single Savior." Here are the telling statements:


Any interpretation of Scripture that hurts people, oppresses people, or destroys people cannot be the right interpretation, no matter how traditional, historical, or exegetically respectable. There can be no debate about the fact that the church's stand on homosexuality has caused oppression, loneliness, self-hatred, violence, sickness, and suicide for millions of people. If the church wishes to continue with its traditional interpretation it must demonstrate, not just claim, that it is more loving to condemn homosexuality than to affirm homosexuals. Can the church show that same-sex loving relationships damage those involved in them? Can the church give compelling reasons to believe that it really would be better for all lesbian and gay Christians to live alone, without the joy of intimate touch, without hearing a lover's voice when they go to sleep or awake? Is it really better for lesbian and gay teenagers to despise themselves and endlessly pray that their very personalities be reconstructed so that they may experience romance like their straight friends?...

All appeals to "what the Bible says" are ideological and problematic.. . . . . rather than expecting the answer to come from a particular method of reading the Bible, we at least push the discussion to where it ought to be: into the realm of debates about Christian love, rather than into either fundamentalism or modernist historicism. We ask the question that must be asked: "What is the loving thing to do?"


Andrew Sullivan also notes the damage done by seeking to denigrate gays and force them to remain in the closet.  It's a kind of damage I experienced myself for many years as I tried to "pray away the gay."  It doesn't work and it is soul killing. And even now more than 10 years after coming out I feel I have not fully healed all of the damage - indeed, I may never be able to do so.  Here's Andrew's comment:


The homosexual person cannot divest him or herself from her own body and the body has a sexuality, whose total repression will only come at a great cost: a warped, slowly distorting and often lonely psyche, depression, anger, the adoption of some kind of public mask, the constant necessity of deception if you are closeted, the recourse to acting out sexually because it is the only way you know to express sexuality (outside of love and intimacy) ... and on and on.  .  .  .  .  No one should feel forced to live that way. And the cruelty it requires is not something one can find even a glimmer of in the Gospels.

Email ThisBlogThis!Share to TwitterShare to FacebookShare to Pinterest
Labels: Andrew Sullivan, anti-gay bigotry, Bible as a message of hate, Bible as justification for evil, life in the closet, religion as an evil, religious freedom