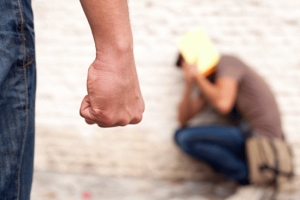 While our society remains overly litigious, sometimes it seems that lawsuits are the only way to force public officials and school administrators to do things one would think common decency might already seem to require.  Things like protecting LGBT students from abuse and bullying.  But time and time again we see stories of LGBT youth who have ended their own lives after constant bullying with school personnel remaining utterly indifferent to what is happening virtually right in front of them.  Facing the prospect of large monetary judgments or cancellation of liability insurance coverage sometimes are among the few things that get the attention of school boards and superintendents.  Recognizing this unfortunate reality, parents of bullying victims and some students themselves have begun to fight back through the courts.  A piece in the Quad City Times looks at this development and notes that there ARE federal court precedents requiring schools to protect LGBT students from anti-gay bullies.  Here are highlights:

Notable bullying lawsuits   Nabozny v. Podlesny: Jamie Nabozny sued officials at his Ashland, Wis., school district for not stopping the anti-gay harassment of other students in 1994. A federal appellate court ruled that a school has a constitutional duty to protect gay students from anti-gay students. The district settled the case for $900,000 before a jury applied damages. It was the first time a court recognized anti-gay harassment in schools. The decision laid the groundwork for other legal actions against school districts by advocacy groups.

[B]ullying victims and their families have increasingly turned to the legal system for recourse. They’re going beyond pushing for criminal charges and civil penalties against bullies, they’re taking on school systems — and winning. “In general, more of these types of lawsuits are being filed, and the courts are coming out with stronger opinions,” said Sam Wolfe, an attorney with the Southern Poverty Law Center who specializes in civil rights cases.

[A]ctions have been brought against school districts in New York, Minnesota and California that resulted in school districts paying out hundreds of thousands of dollars and/or agreeing to additional staff training and policy changes. “Lawsuits are a last resort in severe cases where school districts are not living up to their responsibilities,” Andy Mara, public relations manager for the New York-based Gay, Lesbian and Straight Education Network said in an email statement. “But lawsuits indicate that the system is broken, and all parties have already lost in some sense.”

Sharon Steckman, a retired teacher and current Democratic state representative from Mason City, .   .     has given tentative support to legislation introduced late this legislative session by Sioux City Democrat Chris Hall to hold parents responsible for the actions of their children if they bully other kids, similar to how parents are held responsible for their children who are chronically truant.  “What my bill is seeking to accomplish is to engage the parents at a certain point and put the onus on them to stay engaged,” he said.