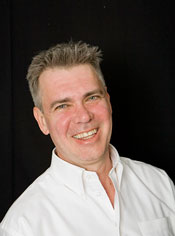 Today's Washington Post has a guest op-ed written by Michael Guest, the first openly gay ambassador appointed by Chimperator Bush and confirmed by the U.S. Senate, that looks at the anti-gay mindset that still permeates the Republican Party.  His views make it clear that gay Republicans are masochists who seem to love to expose themselves to contempt and abuse.  Meanwhile, the moderate voices in the GOP remain silent, always giving into the hate and bigotry of the Christofascists.  Sadly, if Mitt Romney is in fact a moderate on LGBT issues, then he needs to grow some balls and stand up against the voices of hate and division.  Until the GOP changes, I for one cannot in good conscience vote Republican.  I'm simply not enough of a self-loathing masochist to support a party that despises my existence as a matter of party platform.  Here are highlights from Guest's column:

Only Ric Grenell can explain the “personal reasons” that compelled him to leave Mitt Romney’s presidential campaign. If his departure was influenced even the slightest by the anti-gay attacks that followed his appointment, I sympathize.

In 2001, when I, an openly gay career Foreign Service officer, was sworn in to serve as U.S. ambassador to Romania, I and many others hoped that the Republican Party’s obsession with demonizing gay and lesbian citizens was at an overdue end.


It wasn’t long before that hope was shattered. For months I received bags of hate mail, much of it from writers who identified themselves as “loyal Republicans.” A Republican congressional aide called soon after my arrival in Romania to ask whether my partner’s “socks and underwear” had been transported at taxpayer expense. It quickly became clear to me that the organizations that decried my nomination, or even called for it to be rescinded, shared a Republican membership base.

Grenell surely knows, as I do, many Republicans who believe that their party should be more open to gays and more accepting on issues of gay rights. But where are those voices, and what influence do they have? Republican Party leaders continue to allow principles of fairness and equality — so important at the founding of the GOP and, indeed, our country — to be hollowed out.

At times, the graphic spite and incivility of letters I received made me cry. I knew that my life and that of my partner would be easier were I to move on to less-public responsibilities.  I stayed in the job because I was a career professional and because our country’s interests after the Sept. 11, 2001, attacks were so important to me as an American. I knew that anti-gay voices at home had not eroded my access to or influence with Romanian officials.

I also knew that giving in to the anti-gay crowd would make it only harder for the next gay man or woman to be nominated. That alone gave me the strength to endure those wrenchingly difficult months.

Romney’s slowness to comment amid the noise since Grenell’s resignation raises questions about his principles, as well as the quality and depth of his leadership. That’s what should concern us most in this sad affair.

The larger political backdrop to Grenell’s departure remains troubling to those of us who are gay. For far too many years, the Republican Party has harbored the drowners-out — the voices most responsible for ensuring that fair and equal rights of America’s lesbian, gay, bisexual and transgender citizens are a question, not a fact.  Those voices, and the discriminatory policies they have helped anchor in law, make it hard for many of us to imagine voting Republican at the national level.

Republican Party leaders have an obligation to challenge the anti-gay bias that’s been allowed to thrive within. The GOP’s prospective presidential nominee carries that obligation as well.