Early Morning Doldrums - Does It Ever Really Get Better? 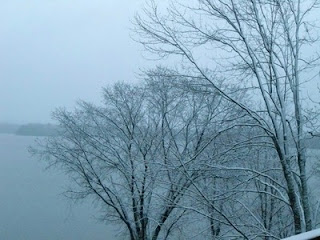 It's 5:00 AM and I can't sleep thanks to anxiety issues over work, what I am going to do with my house in Norfolk now that my daughter and her family have moved out to escape the lawlessness seemingly escalating around the ODU campus while the City of Norfolk remains indifferent, and a host of other things.  I know that I have depression issues and maybe this is just a low point. Or maybe it's just a realization that my life has been one succession of disasters after another which makes me wonder what's the point of going on.  Any happiness seems to be negated ten fold by the bad.  I've been in this place before.


Once I addressed this kind of low point with a bottle of Xanax.  Another time with lots of alcohol in a running car in a closed garage.  Would it have been better if those attempted solutions had succeeded?  I honestly don't know.  The "It Gets Better" campaign argues that things are improving for gays.  It's an outlook that is hard to hang on to living in a state like Virginia where progress isn't happening.  And where the Virginia GOP just nominated the most frightening anti-gay ticket in the history of the state.  Congressional Democrats throwing gays under the bus on immigration reform doesn't instill confidence for the future either.  It is exhausting waiting for things to get better - especially when deep down you know they won't.  Not for you, not in Virginia.


We are supposed to be heading to Washington, D.C., for a wedding this weekend.  I don't even want to go any more.  I had thought it would be a great get away.  Now, with the house and other things hanging over me, the prospect of fun and happiness are gone.  A cloud hangs over everything.  I feel like a swimmer swimming against the current and wonder if I shouldn't just end putting on a brave facade and let the current sweep me away.