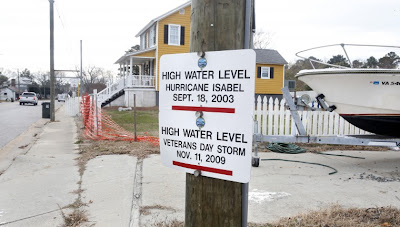 An earlier post today noted that religion and Christianity in particular has been a long time  impediment to the acceptance of scientific knowledge - e.g., the Catholic Church's treatment of Galileo  and the Christian fundamentalists continue to deny the validity of evolution.     But nowhere does religious based ignorance pose a greater threat than in the context of global warming.  Because the Republican Party has become controlled by reality denying Christofascists, it is impossible to get any meaningful legislation passed by Congress that would address the growing problem of a warming earth, rising sea levels and changing climate patterns.  And when challenged the Christofascists and their political whores in the GOP bleat that there is no consensus on the role mankind is playing in the developing catastrophe.  Like so much of what comes out of the GOP and ignorance worshiping Christofascists, this claim is a lie.  A new Study that reviewed 20 years of peer reviewed research shows there is a clear consensus: Global warming is real and humans are playing a role in global warming:

The public perception of a scientific consensus on AGW is a necessary element in public support for climate policy (Ding et al 2011). However, there is a significant gap between public perception and reality, with 57% of the US public either disagreeing or unaware that scientists overwhelmingly agree that the earth is warming due to human activity (Pew 2012).


Contributing to this 'consensus gap' are campaigns designed to confuse the public about the level of agreement among climate scientists.

But the main reason many Americans still refuse to believe it is religious fundamentalism. That is immune to science and reason. But it is the bedrock belief of one of our political parties.

Gays, of course are only too familiar with the Christofascist rejection of modern knowledge: despite consensus among every legitimate medical and mental health association in the country that sexual orientation is fixed and unchangeable, the Christofascists insist that being gay is a "choice" and that one can "change."

Despite all of this evidence of their know embrace of ignorance - not to mention hate and bigotry - I find it mind numbing that far too many people and media outlets give these people undeserved deference and respect.  They deserve no respect and certainly no deference whatsoever.

In addition to the deniers of global warming and the ensuing chaos, there are those who want to hasten the end of the (human) world and the Second Coming and oppose doing anything to plan for and ameliorate the consequences of global warming.