More Seniors Are Living in Poverty; Situation Likely to Worsen 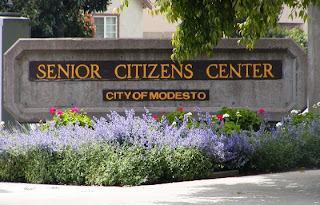 As the Republican Party continues its push nationally and at the state level to restore the income disparities of the Gilded Age, the plight of many Americans is worsening, including senior citizens who will see their plight worsen under various budget cutting proposals.   Adding to the problem is the reality that many children of seniors have likewise been buffeted financially and may be less able to care for aging parents.  It's an ugly reality but one that most Republican elected officials could care less about - hence the refusal of many Republican governors to accept Medicaid expansion.  A piece in Politico looks at the problem.  Here are highlights:


An alternative census estimate shows that more of America’s seniors than originally thought are living in poverty — and that means the poverty rate could spike under certain Medicare reforms, a new analysis finds.

The estimate, which takes into account health spending and regional cost of living, finds 1 in 7 seniors lives in poverty. It was previously thought that just 1 in 10 did.

And a Kaiser Family Foundation analysis released Monday breaks this poverty data down for seniors state by state — and notes that under some proposals to reform Medicare, these poverty levels would keep climbing.

Kaiser finds the supplemental measure’s poverty rates for those 65 and older are higher in every state than the rates in the official estimate.

And in 12 states — California, Colorado, Connecticut, Hawaii, Massachusetts, Maryland, Minnesota, New Hampshire, New Jersey, Nevada, Wisconsin and Wyoming — the supplemental poverty measure for seniors is twice as high as the official estimate. In New Hampshire, the percentage of seniors in poverty is three times as high under the supplemental measure.

The Kaiser brief says it’s meant to provide context for the many spending proposals being tossed around — particularly those that focus on shifting costs in Medicare and paring down Social Security benefits.


America sadly continues to see far too many of its citizens as disposable trash.   It's especially ironic that the GOP which claims to support Christian values is in the forefront of throwing individuals on the trash heap.