Headed to Washington, D.C., for a Family Wedding 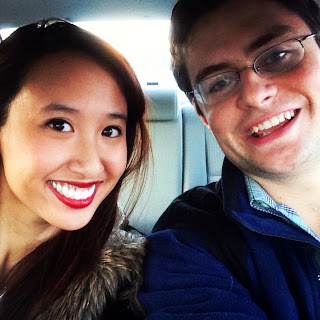 One of my nephews is getting married this weekend in the Washington, D.C. area.   The bride and groom to be are pictured above.  Both the wedding and where the boyfriend and I will be staying are in Alexandria, but I am sure we will venture into the District to enjoy some of the gay night spots and attractions.  Fortunately, one of the boyfriend's long time clients and one of our personal friends (she and her husband are the friends who hosted us back in February at their beautiful home in Lighthouse Point, Florida) will be loaning us her town house in Old Town Alexandria for the weekend.   The wedding itself will be at River Farm, formerly a portion of the Mt. Vernon estate, which is owned by the American Horticultural Society and overlooks the Potomac River.  It is a popular wedding venue in the Washington, D.C., area.  Photos of River farm are set out below.  It will be nice to see family members, including my nephew who is in the Peace Corps in Panama but back for the wedding. 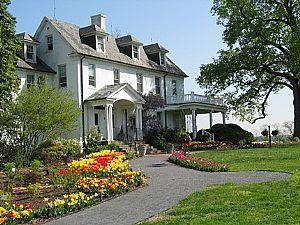 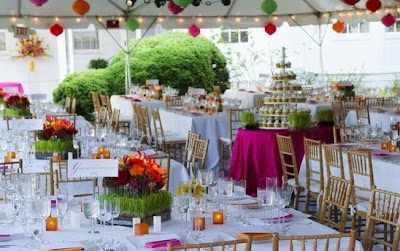 While we are gone, the boyfriend's dad will baby sit the dogs the Terry McAuliffe staffer who we are housing for the coming months will look after the house.  In terms of blogging, I will put up as much material as time allows.

For history buffs, here is information via Wikipedia:

The River Farm property was established in 1653-54 by Giles Brent and his wife, a princess of the Piscataway tribe, who received a grant of 1,800 acres (7.3 km2) named Piscataway Neck. In 1739 the land was passed from George Brent to brother-in-law, William Clifton who renamed the property Clifton's Neck. In 1757 Clifton completed the brick house that now serves as AHS headquarters. Following financial difficulties, Clifton sold the land to neighbor George Washington, who obtained the property for £1,210 through a bankruptcy sale in 1760. Washington changed the name of Clifton's Neck to River Farm and leased the property to tenant farmers. River Farm was passed down through two immediate generations of Washingtons and later sold with 652 arces of Washington's original land to the Snowden brothers of New Jersey. The property was home to numerous owners including Malcolm Matheson, who bought the property in 1919. Matheson placed the property on the market in 1971 and received an offer from the Soviet Embassy who planned to use the land as a retreat or dacha for its staff. The public opposed this purchase which resulted in the AHS acquisition of the property.


And for those who read the first post of the day, yes, I am doing better.