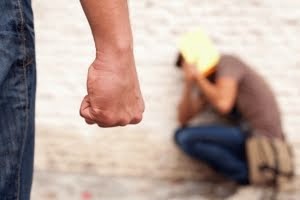 Here in Virginia, despite all too common news reports of bullying induced suicides, we still lack an effective state wide anti-bullying law thanks to the efforts of The Family Foundation and its political whores in the Virginia GOP.   God forbid that the "godly Christians" be barred from abusing others or that indifferent school administrators be held accountable for their failure to protect all students in their schools.   Sadly, the phenomenon in Virginia is not unique as underscored by GLSEN's new national school climate survey.  The good news is that overall, things have improved somewhat.  Here are highlights of the findings:

This latest edition of GLSEN’s National School Climate Survey, which first began in 1999 and remains one of the few studies to examine the middle and high school experiences of LGBT youth nationally, includes four major findings:

Other key findings in the new survey include:

In Virginia and elsewhere we need to continue to work to protect LGBT students and to end the undeserved deference given to Christofascists and hate groups like The Family Foundation.  The day needs to come where endorsement by The Family Foundation is a political kiss of death.

Posted by Michael-in-Norfolk at Wednesday, October 22, 2014