How Gaining Control of the Senate Could Harm the GOP 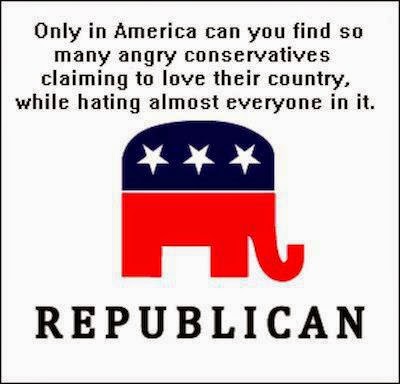 Republican Party has no real plan for governing should it win control of both houses of Congress next month - other than opposing anything and everything that Barack Obama supports - some are worried that the GOP might be better off if it doesn't win control of the U.S. Senate.  One with such worries is conservative columnist Michael Gerson who makes his case in a column in the Washington Post.  Here are column highlights:

On the theory that chickens should not only be counted before they hatch but also killed, let us consider the downsides for Republicans of winning both houses of Congress.

. . .  Nov. 4 should be a haunted balloon drop for Republicans. In the 2010 midterm election, the GOP won control of the House in a sweeping anti-Obama victory. Two years later, Obama took 11 out of 12 battleground states and became the first Democratic president since FDR to twice win 51 percent or more of the popular vote.

Republicans are susceptible to the myth of the midterm mandate. Midterm elections generally express unhappiness, not aspiration. But some conservatives took the 2010 result as an ideological turning point. They concluded that Obama’s 2008 victory was an anomaly — that the country, deep down, was really on the Republican side.

It was a false dawn. As a weakened president celebrated a decisive reelection, a few things should have been clear: At the presidential level, the GOP brand is offensive to many rising demographic groups. Republicans are often perceived as indifferent to working-class struggles (because they sometimes are). The GOP appeal seems designed for a vanishing electorate.

The last Republican midterm win actually complicated the long-term task of Republican reform. Many in the GOP took away a lesson in complacency. Some concluded that ideological purity is the path back to power, and that effective persuasion is only a matter of turning up the volume.

It didn’t work. It can’t work. Republican midterm victories are the anomaly, distracting attention from trends that are gradually condemning the Republican Party to regional appeal and national irrelevance.

Some parts of the Republican coalition — highly ideological members of Congress from safe districts, outside groups and think tanks that raise funds off appeals to purity — seem content, even happy, on the gentle slope of Republican decline.

No Republican nominee for president can afford to be. Whatever he or she calls the effort — sorry, “compassionate conservatism” is trademarked — a successful Republican candidate will need to craft a more inclusive political appeal and formulate an active role for government in encouraging skills and aspiration in an economy where upward mobility is sticky and slowed.

Will a Republican Party fresh from a midterm success — with a vivid feeling of ideological momentum — allow the Republican nominee this latitude? Or will it punish deviant creativity?

A reform-oriented nominee will have some allies — a Republican congressional establishment burned by past tea party excesses and an impressive group of “reform conservative” thinkers to furnish the Republican renovation with policy. But the greatest obstacle to GOP success may well be a mistimed victory.

Posted by Michael-in-Norfolk at Tuesday, October 21, 2014