Catholic Priest: How Do We BaptizeKids in Same-Sex Families if Parents are Living in Sin 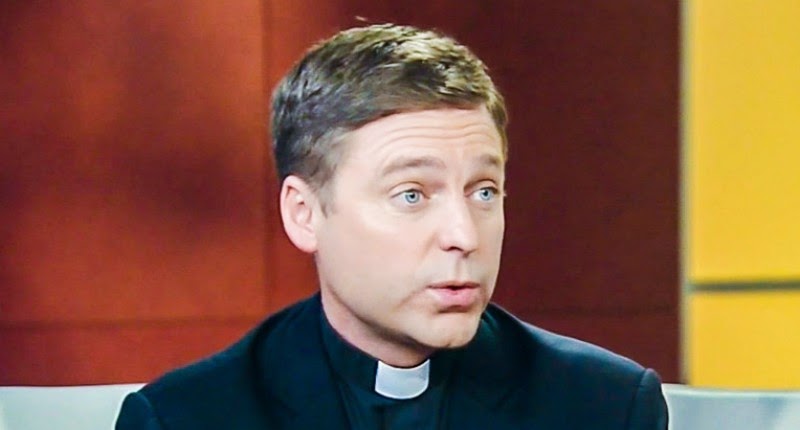 I've already noted in earlier posts how the special synod in Rome gave into the self-loathing closet cases within the ranks of the Catholic Church hierarchy has stripped all gay affirming language from the final synod report.  The irony, of course, is that those attending the synod are the same men who have aided, abetted and covered up for predator priest who have raped and sexually abused children and youth literally across the globe.   If these foul men truly gave a rat's ass about families, they would be calling for the mass sacking of those who participated in the global criminal conspiracy.  Meanwhile, some like Andrew Sullivan continue to refuse to face the reality that only by walking away for the Church can real change be forced to take place.  Only when faced with plummeting membership in the ranks of the laity - and corresponding drops in financial support - will Pope Francis ever be in a position to dictate change that brings the Church out of the Middle Ages.  Until this happens, expect more batsittery like that flowing from the lips of Fox News contributor Father Jonathan Morris.  According to Morris, the Church cannot minister to innocent children of gay couples.  Here are excerpts from The Raw Story:

Fox News contributor Father Jonathan Morris on Sunday suggested that baptizing the children of same-sex couple would be difficult because the parents would be raising them in sin.

Fox News host Anna Kooiman wondered if the pope went “even further to say let’s try to pray the gay away?”


“It is difficult, and I think they’re going to have to make decisions next year of what that means,” Morris replied. “Real practical situations. A gay couple comes in with their child for example to baptize the child. Should the child be baptized? Of course.”

“But every couple, gay straight, when they say we’re baptizing our child, they’re saying, ‘We’re going to raise him in the Catholic faith,’” he pointed out. “And so as a priest, as a minister, how do you deal with that? What does that exactly mean?”

Part of me simply can't wait for a news report to come out about Fr. Morris being up on sexual abuse charges involving a minor.  He embodies the  sick clericalism that has plagued the Catholic Church for centuries.  Morris and so many others in the Catholic clergy close their eyes to evil within their own ranks.  Meanwhile, they don't have f*cking clue what it is like to raise children and hold a family together.  From my experience, most Catholic priests are narcissistic egotists.  Decent people should run screaming whenever they encounter them.
Posted by Michael-in-Norfolk at Sunday, October 19, 2014