The Shocking Ignorance of the GOP Base 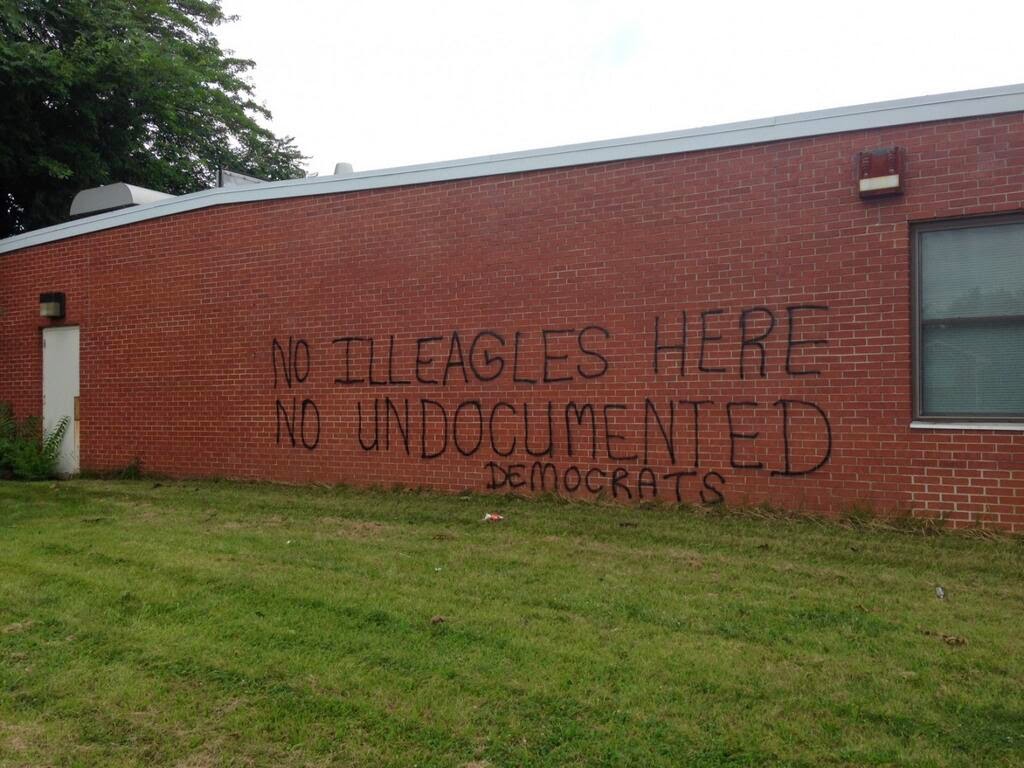 I'm not saying that all liberals are smart, but at least it seems like the less intelligent ones have the good sense to not put their ignorance on open display.  Not so with the hard core GOP base.  These people insist on making signs and making statements that proclaim to the world that they are ignorant idiots.  Perhaps it shouldn't come as a surprise since the Christofascists are almost exclusively clustered in the Republican Party and a number of surveys has shown that levels of education and IQ are inversely related to one's belief in Bible inerrancy.   And then, of course, the GOP doe seem to have more and more of a monopoly with KKK members and rednecks in general.  In short, the GOP base prides itself in the embrace of ignorance, bigotry and racism.  A post at The New Civil Rights Movement notes the phenomenon and asks a good question:

Recently, an anti-immigrant activist carefully vandalized the side of the proposed shelter for immigrant children in Maryland. He or she had enough black spray paint, and evenly spaced their all caps message across a good portion of the brick wall of the single-story building. One thing they forgot to do was learn to spell.

With the rise of the Tea Party, America learned -- at least, the left learned -- just how ignorant so many on the right truly are. Misspelled Tea Party protest signs were so prevalent that entire websites, along with blog posts and Flickr albums, were created just to try to capture them all.

If the "English-only" crowd is going to demand President Obama deport millions of immigrants, shouldn't the far right first be required to learn to spell?

Nothing is more dangerous that idiots who do not recognize their own limitations - or worse yet, think they are intelligent when they are not..
Posted by Michael-in-Norfolk at Monday, July 14, 2014