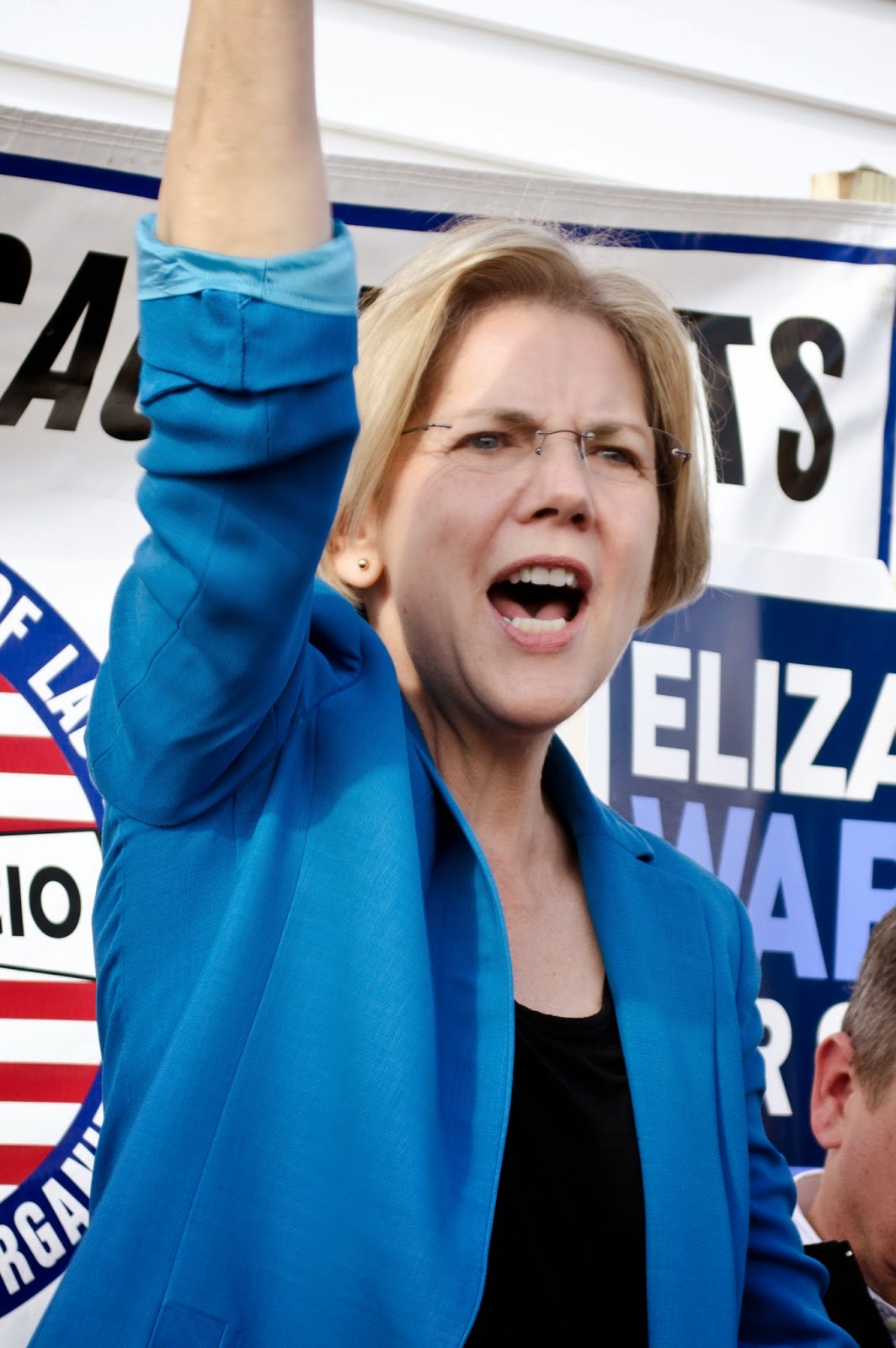 Some say that Democrats have an enthusiasm deficit compared to the GOP going into the midterms.  In some ways that is perhaps true since Democrats done have the insane and hate driven Christofascists and Tea Party cretins that comprise the core of the GOP base.  I like to think that that is a good thing and means that the Democrats have sane and rational followers that don't act like a mob of Islamic fundamentalists the way the Christofascists do. Some are trying to energize and rally the liberal base of the Democratic Party and make them realize that complacency in the face of the menace that today's GOP comprises for average Americans.  Politico looks at Warren's campaign stops for other Democrats and to speaking engagements with liberal activists.  Here are some highlights:

Elizabeth Warren received a thunderous reception at Netroots Nation on Friday as she pledged to fight a “rigged” system in a country of rising income inequality.

The Massachusetts Democrat ascended the stage here at this annual liberal gathering to chants of “Run, Liz, Run.” Many in the audience touted “Elizabeth Warren for President” signs and some sported hats bearing the same message. The senator, smiling, shushed the 2016 cheers, urging everyone to “sit down, sit down. Let’s get started.”

In the speech, which clocked in at a little more than 15 minutes and sounded at times like a campaign address, Warren depicted America as a place of gross inequality, where the wealthy few are on the rise while everyone else gets squeezed out.

Employing the populist language she frequently embraces, Warren charged that “the game is rigged and the rich and the powerful have lobbyists and lawyers and plenty of friends in Congress. Everybody else, not so much.”

her fans see Warren as an aggressive champion for working people, willing to take the fight to Wall Street, to big corporations and to Capitol Hill. And in the address, Warren embraced that image.
“We don’t win every time,” said Warren, who has recently been hitting the trail to stump for Democrats running in the midterm elections. “But we’re learning to win. We’re learning to win, and we will keep winning. We will fight and we will win.”

Some of the loudest applause of the morning came when she dinged the Supreme Court ruling in the Hobby Lobby case, which allows some private companies to claim religious exemptions and not pay for contraceptive coverage mandated under the health care law. Democrats see the ruling as one way to galvanize base enthusiasm ahead of the midterms.

“Oh, and we believe that corporations are not people,” Warren said, a reference to a comment Mitt Romney made in the last presidential election. “That women have a right to their bodies. We will overturn Hobby Lobby and we will fight for it, we will fight for it.”

On the issues, Warren is correct.  The system is rigged.  I see it all the time in the real estate and financial sphere.   What I find the most ironic is that Warren's message and values are much more in keeping with the Gospel message that are the policies supported by the Chrisofascists who hate her.