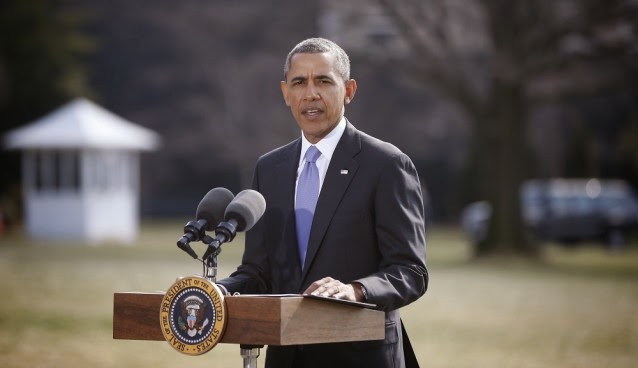 On Monday Barack Obama is to sign an ENDA executive order that bars federal contractors from discrimination against LGBT employees.  Thankfully, Obama seemingly has listened to his party's base and is rejecting calls from Republicans and, of course, Christofascists to allow special rights to those consumed with anti-gay animus to discriminate at will.  It goes without saying that the professional Christian class and leaders of hate groups such as Family Research Council and The Family Foundation here in Virginia will be launching into spittle flecked rants attacking Obama and claiming that anti-gay bigots are being persecuted.  The response to them is easy: if you want to discriminate, then don't put your hand out for federal money  It's really that simple.  These bigots do not get to have their cake and eat it too.  Here are highlights from Think Progress:

Federal contractors will not be able to discriminate against LGBT people in hiring even if they have a religious objection, the Obama Administration will announce on Monday.

Last month, the administration announced it would amend two executive orders barring employers who rely on federal funds from discriminating against a series of traits. The current order includes race, color, religion, sex, or national origin. Now, it will also include gender identity and sexual orientation. The move is a Band-Aid solution to the broader problem of Congress not passing the Employment Non-Discrimination Act (ENDA) that would bar all employers from discriminating against people based on their sexuality.

When the announcement came last month, though, there remained an open question as to whether religious objectors would be exempt. About 140 religious leaders requested broad exemptions, while more than 100 members of clergy specifically asked Obama not to include such an exemption. On Friday, Politico reported that the administration will not heed the former requests, and will instead make the rule apply more broadly to all federal contractors.

“This is a tremendous victory for those of us who believe that as people of faith we should be exemplary, not exempted,” said Rev. Fred Davie, Executive Vice President at Union Theological Seminary. Rev. Davie will be a guest when the President signs the executive order on Monday. “Religions of the world across the ages have engendered and supported discrimination and bigotry from deceptively genteel to utterly horrific.

[T]he order will actually effect over a million LGBT workers in the United States, and will be the largest expansion of LGBT workers’ rights in the nation’s history. In 29 states, it is legal to fire someone for being gay. In 34, an employer can fire someone with no recourse if they are transgender.

The executive order will keep in place an exemption established by President George W. Bush in 2002 that allows religious contractors to favor employees with the same religion for religious roles.