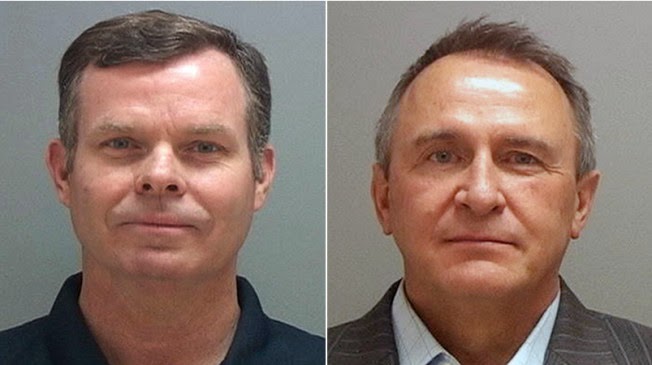 As I have asked before, why is it that a disproportionate number of "family vales" and "god fearing" GOP officials seem to be the ones caught up in corruption scandals and criminal indictments.  It is true that here in Virginia we have Democrat Phillip Puckett under FBI investigation, but those soliciting him with bribes were Republicans such as Terry Kilgore.  And, of course, lets not forget GOP former governor Bob McDonald who is facing trial on corruption charges.  The only good news is that Virginia does not have a monopoly on corrupt Republicans.  As Talking Points Memo reports, two former Utah Republican attorneys general have been arrested on corruption charges.  Here are story excerpts:

According to the Deseret News, the allegations surrounding Swallow and Shurtlefff center on their relationship with a Utah businessman, Jeremy Johnson. Shurtleff allegedly used Johnson's private plane to fly to a California fundraiser and to fly to New York to meet with actor Vincent D'Onofrio. Swallow allegedly stayed on Johnson's houseboat and borrowed his Ferrari.

Federal and state law enforcement searched Swallow and Shurtleff's homes in June amid a probe into the state attorney general's office. Swallow had followed Shurtleff in the office, but resigned last year amid several federal and local investigations.


Authorities have been investigating possible bribery, obstruction of justice and misuse of public funds.

I'm not saying that Democrats are perfect, but they seem to get caught up in fewer corruption charges and far fewer cases involving solicitation of gay sex even as they proclaim themselves to be "family values" candidates.  Just saying  . . . .