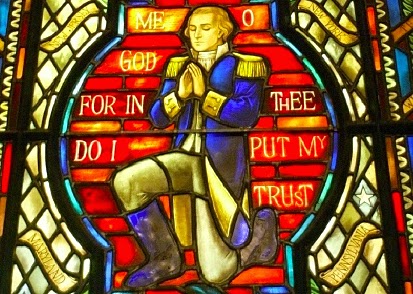 I and many others have described today's Republican Party as a de facto sectarian party.  While minor factions may hold differing views, the majority and certain the Party's platform is dictated from the perspective of modern day Pharisee like conservative Christians.  Those country club Republicans who like to think otherwise are engaged in deep and thorough self-delusion.  Even one of other in many ways Republican neighbors will admit that the Christofasicts - he calls them the crazies - are destroying the GOP.  The ultimate irony, however, is the fact that while the GOP wraps itself in supposed Judeo-Christian values, in fact, today's GOP is a counterfeit form of Christianity.  A piece in Religion Dispatches looks at the phenomenon:

There is now only one kind of Republican in Congress, Christian. And this is extremely dangerous for Christianity. Admittedly, there are a variety of Christians as there are a variety of Republicans, but in the most powerful government in the world and in the party that controls the House of Representatives that variety has been reduced to a frightening ideological similarity. The future of Christianity in the United States is at stake in this moment. Some could argue that because there are Christians on the Democratic side of Congress, this should allow people to see Christianity as a much wider, more diverse and inclusive faith that cannot be captured by either Republican or Democrat. But is that the case? I think not.

The Republican Christians who now inhabit Congress have in most cases assertively presented their Christian faith as the glue that binds together their public service, their connection to their constituencies, and their policy thinking. It also frames the way they understand both collegiality and political compromise or the lack thereof. Like it or not, the Republicans in Congress are now a kind of congregation, a reality of church, a particular church, but still a church. Inescapably, now they present a Christianity in total power.

This is a perfect storm for Christianity. We now have a political party that deeply dislikes the first African American president (who is also a Christian), clearly opposes significant cooperation with him or his party, is reactionary on most issues from taxes to the environment to women’s health to full equality for LGBTQ folks, is wedded to a neo-conservative economic fideism, and is unapologetically Christian. It will be difficult to convince anyone that this Republican Christianity is not authentic Christianity because a religion reveals itself when it has political and economic power.

The counterfeit here is the collective spirit, the shared attitude they exhibit together (like a church). That collective spirit has very little to do with the worship of a marginalized Jew, named Jesus, who came to free the poor and oppressed. This counterfeit Christian community worships power, desires control, and imagines the world revolving around self-sufficient men (and a few women).

I call it “Mad Man Religion.” Mad Man Religion looks just like Christianity. It connects religious practices to free market practices like you would connect pieces from a Lego set. And it offers to young people, especially young white men, an image to live toward – that of a powerful winner who controls his own destiny and those around him, enabled to succeed by the very hand of God. Christianity in America has never been able to expose this counterfeit in all its glory, until now.

I continue to believe - and strongly hope - that the Christofascists and today's "godly Christians" in the Republican Party will ultimately prove to be the death of conservative Christianity if not Christianity itself.  It needs to die.  It is ugly and vicious and the antithesis to the Gospel message.