Christs Christie on Gay Marriage Debate - A Study in Self-Prostitution 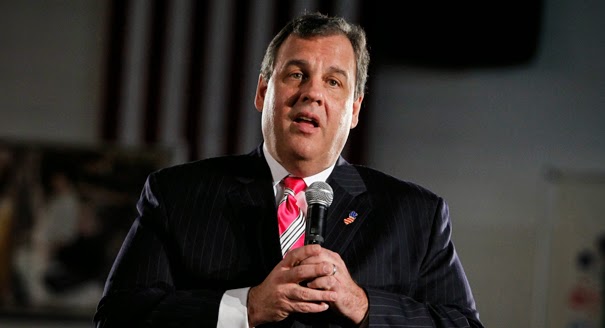 In an apparent admission of the torrid swamp fever that continues to grip the GOP base - particularly the Christofascists who are increasingly hysterical as gay marriage steadily advances on state at a time -  and how insane the 2016 GOP nomination process will be, Chris Christie is saying that the GOP should not abandon its opposition to marriage equality.   Obviously, Christie is pandering to the Christofascists in the GOP base.  But if he were honest, while doing so he's wear a sign "I'm a cheap whore" emblazoned across his ample girth.  Politico looks at Christie's shameless self-prostitution.  Here are excerpts:

“I don’t think there’s some referee who stands up and says, ‘OK, now it’s time for you to change your opinion,’” he told reporters at a gathering of the National Governors Association in Nashville. “The country will resolve this over a period of time. But do I think it’s resolved? No.”

Still, he added, the issue is “settled” in New Jersey, unless there’s an unexpected change in the state’s solidly Democratic legislature.

Christie, who opposes same-sex marriage, drew flak from conservatives for deciding to halt a court battle over the issue last year. He said Saturday that he made the call because he would have lost anyway.

“When I know that I’ve been defeated, you don’t bang your head against the wall anymore and spend taxpayer money to do it,” said Christie, a potential 2016 Republican presidential candidate.

The governor said the issue should be left to the states, noting that “an overwhelming majority of states currently still ban same-sex marriage.”