Why 104 Kansas Republicans Endorsed a Democrat for Governor 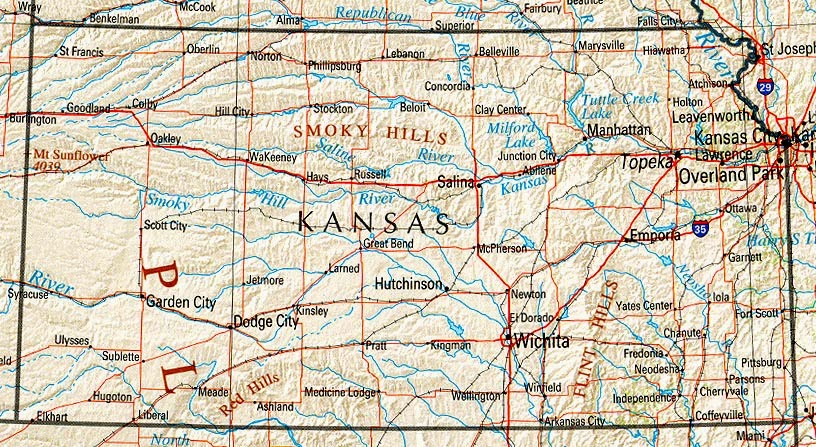 I've noted several times how Sam Brownback, GOP governor of Kansas, forced through that state's legislature a dream package of GOP policies: massive tax cuts for the rich, slashing education and safety net spending, amid promises of economic growth.  In short, the same GOP pablum that we here incessantly.  The trouble is that this GOP dream package has reaped havoc on Kansas which is now cash strapped (despite previously having a budget surplus)  and has realized fewer economic gains than the rest of America.  All thanks to Brownback and his voodoo GOP economics.  Now, Kansas Republicans are jumping ship.  Vox looks at the rats fleeing the sinking GOP ship. Here are excerpts:

On Tuesday, a group of 104 Kansas Republicans announced that they would endorse Democrat Paul Davis for governor, rather than incumbent Republican Sam Brownback.

The group, Republicans for Kansas Values, released a list of 10 reasons they were endorsing Davis, most of which focused on Brownback's tax and budget policies. "Brownback's reckless tax 'experiment' resulted in (1) deficit spending, (2) increased debt, and (3) reduced credit rating," the release reads. The group is mainly made up of former elected officials. It contains two former lieutenant governors, the current state insurance commissioner, and many former members of the state legislature.

The unusual mass endorsement comes after years of acrimony between Brownback and his state's moderate Republican faction, which resisted the governor's enormous tax cuts. In early 2012, Brownback moved against several moderate state senators, supporting primary challenges against them. Outside money from groups like Americans for Prosperity poured in.

8 moderate Republican senators ended up losing their seats to conservatives. Now, 7 of them have endorsed Paul Davis. "There’s a lot of anger toward the governor, who has played real hardball politics," University of Kansas professor Burdett Loomis said in a recent interview.

It's only the latest bad news for Brownback, who has trailed Davis in several recent polls. Since Kansas passed Brownback's massive tax cut, revenues have plummeted, and the state's bond rating has been downgraded.


Keep you fingers crossed and maybe even contribute some money to Brownback's challenger.  It would be beyond sweet to see Brownback defeated, especially given his virulently anti-gay views.