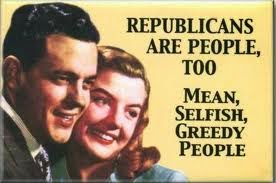 Despite the many common sense reasons to expand Medicaid in Virginia under the Affordable Health Care Act, Virginia Republicans remain adamant that they will do nothing but thwart the health care law in their outrage that a black man occupies the White House.  Remember, "Obamacare" is based on a Heritage Foundation (hardly a liberal organization) model and was first implemented in Massachusetts under Mitt Romney, a Republican.  But with today's GOP, especially here in Virginia, facts simply no longer matter.  Take the Virginia GOP's other supposed reason for opposing Medicaid expansion: alleged fraud and pictures of "welfare queens" making out like bandits as a result.  The reality?  Something very different as the Richmond Times Dispatch notes in an editorial.  Here are excerpts:

The welfare queens have returned. During the 1970s and 1980s, certain conservatives cited alleged examples of people owning Cadillacs and living the high life despite relying on welfare. Ronald Reagan and others used the stories to undermine support for welfare generally. Waste, fraud and abuse were cheating the taxpayers. The charges had ugly racial connotations as well.

Virginia Republicans raise the specter of fraud when arguing against the expansion of Medicaid. The racial component does not taint their stance; their problem, however, is that the numbers do not correspond to their complaints.


PolitiFact also reports that a massive settlement regarding Medicaid fraud involved a pharmaceutical company that pleaded guilty to misbranding a drug used in treatments for mental illness. And therein lies another story.

Medicaid fraud does not resemble the abuse associated with welfare queens. Those who benefit financially from fraud and abuse in government health care programs often are corporations and practitioners. Medicaid patients do not pocket the cash. Health professionals do.


The incidence of fraud among those who make lucrative livings treating the infirm is not a valid reason to oppose expanded coverage for the least among us.

Other than ignoring the insidious racial element to the Virginia GOP's opposition - which isn't surprising given the Times Dispatch's general right wing orientation - the piece is 100% on target.  The Virginia GOP is simply lying and deliberately so in the hope that its race baiting will keep the increasingly white supremacist party base fired up and angry.