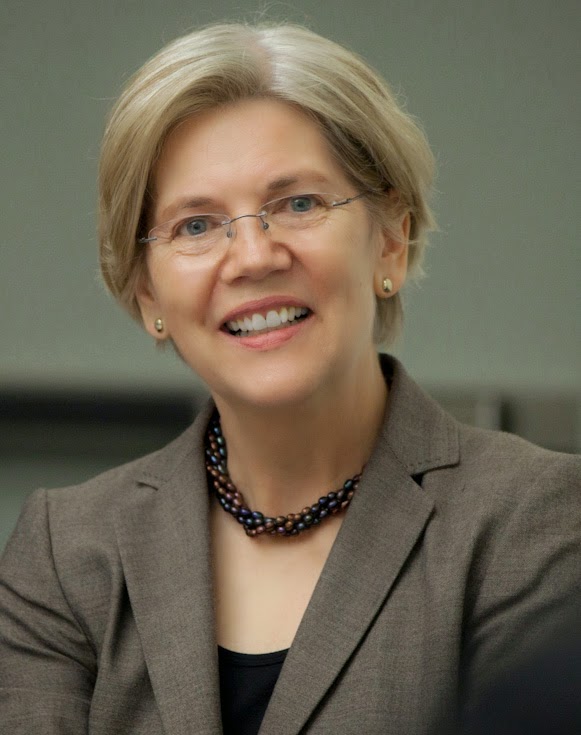 Some of my former Republican colleagues - especially those who seem to have suffered a "Stepford Wife" like transformation and ceased thinking independently, preferring instead to imbibe gallons of "Kool-Aid" - claim that I have gone all mindless liberal.  I maintain that I haven't changed but that it is the GOP which has changed.  It's changed into something ugly, selfish, racist and anti-Christian despite its self prostitution to the Christofascist.  Much I my "liberalism" I would describe instead is a continuing grasp on common sense and a realization that the GOP's war on workers and other groups hated by the Christofascists and Tea Party is steadily destroying the lives of average Americans and creating a toxic business climate in the long run.  While I make no claim to have her savvy, Senator Elizabeth Warren makes some points that support my view.  Here are excerpts from a column in the Washington Post:

What all the descriptions miss is Warren’s most important contribution to the progressive cause. She is, above all, a lawyer who knows how to make arguments. From the time she first came to public attention, Warren has been challenging conservative presumptions embedded so deeply in our discourse that we barely notice them. Where others equivocate, she fights back with common sense.

Since the Reagan era, Democrats have been so determined to show how pro-market and pro-business they are that they’ve shied away from pointing out that markets could not exist without government, that the well-off depend on the state to keep their wealth secure and that participants in the economy rely on government to keep the marketplace on the level and to temper the business cycle’s gyrations.

Warren doesn’t back away from any of these facts.  . . . .  “There is nobody in this country who got rich on his own,” she said. “Nobody. You built a factory out there? Good for you. But I want to be clear: You moved your goods to market on the roads the rest of us paid for. You hired workers the rest of us paid to educate. You were safe in your factory because of police forces and fire forces that the rest of us paid for.” It was all part of “the underlying social contract,” she said, a phrase politicians don’t typically use.

Warren’s book tells her personal story in a folksy way and documents her major public battles . . . But the book is most striking for the way in which her confident tone parallels Ronald Reagan’s upbeat proclamations on behalf of his own creed. Conservatives loved the Gipper for using straightforward and understandable arguments to make the case for less government. Warren turns the master’s method against the ideology he rhapsodized.
Would you rather fly an airplane without the Federal Aviation Administration checking air traffic control? Would you rather swallow a pill without the Food and Drug Administration testing drug safety? Would you rather defend our nation without a military and fight our fires without our firefighters?”  How often are our anti-government warriors asked such basic questions?

At the end of a long liberal era, Reagan electrified conservatives by telling them they didn’t have to apologize anymore for what they believed. Now, Warren insists, it’s the era of liberal apologies that’s over.