Which Federal Judge Will be First to Rule Against Same Sex Marriage? 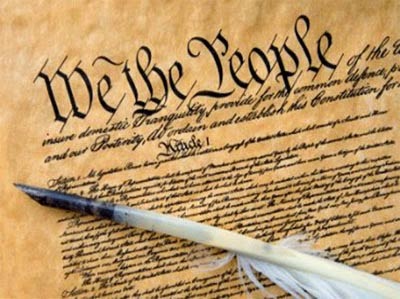 The speed with which state same sex marriage bans - gay marriage bans if you prefer - have fallen has been near breath taking.  But one has to wonder when and where the first federal judge will ignore the reasoning of the Supreme Court ruling in United States v. Windsor and vote to uphold state sponsored discrimination notwithstanding the similarly clear language of the 14th Amendment to the United States Constitution.  Not surprisingly given Virginia's horrific history of discrimination - Virginia was among the first of the Southern states to enact Jim Crow laws, bears the shame of "Massive Resistance", and of course, there's Loving v. Virginia that ended two rulings of the Virginia Supreme Court upholding bans on interracial marriage - one of these judges sits on the U.S. Court of Appeals for the Fourth Circuit based in Richmond, Virginia, former capital of the Confederate States of America.  A post at Constitutional Accountability Center names the likely anti-gay bigots on the federal bench.  Here are excerpts:

Since December, when U.S. District Judge Robert Shelby declared that Utah’s refusal to allow same-sex couples to marry is unconstitutional, similar rulings by judges in other states across the country have been coming fast and furious.  This week alone, judges in Oregon and Pennsylvania struck down those states’ discriminatory marriage laws.  And in between, rulings overturning marriage bans have been handed down in states including Oklahoma, Virginia, Idaho, Texas, Michigan, Arkansas, and Illinois.

All of these decisions follow inexorably from the text and history of the Fourteenth Amendment and the Supreme Court’s precedents protecting the fundamental right of marriage and upholding the Constitution’s guarantee of equal protection for all, including its ruling last June in United States v. Windsor striking down the provision of the “Defense of Marriage Act” denying federal recognition to same-sex marriages recognized under state law.

The judges who have issued these post-Windsor rulings are a diverse group.  Some were appointed to the federal bench by Republican presidents, some by Democrats.  One is an elected state court judge in Arkansas.  The judges are young, old, male, female, black, white, gay and straight.

Demographically speaking, perhaps my personal favorite is Bernard A. Friedman of Michigan, a 70-year-old judge on senior status (a sort of semi-retirement for federal judges), put on the District Court by Ronald Reagan in 1988.   That all of these judges have come to the same conclusion about marriage equality underscores that a correct application of the Fourteenth Amendment is not a matter of ideology, but of faithful adherence to constitutional text, history and precedent.

That still doesn’t mean there isn’t some judge out there who will disagree. . . . . There are enough judges scattered around the courts with erroneously cramped views of the Fourteenth Amendment that, sooner or later, there may well be an outlier opinion, despite the ever-growing body of case law to the contrary.

In fact, given some of the questions asked during the recent oral arguments before the United States Courts of Appeals in the Utah, Oklahoma, and Virginia marriage equality cases, it’s possible that a pair of Pauls might be the first judges to leave the constitutional fold: the Tenth Circuit’s Paul Kelly, Jr. and the Fourth Circuit’s Paul Niemeyer.

So, again the question remains, what judge wants to be viewed by history as the equivalent of the justices who handed down the Dred Scott ruling?  Do they not realize that they might just as well seek to hold the position of Imperial Wizard of the KKK?