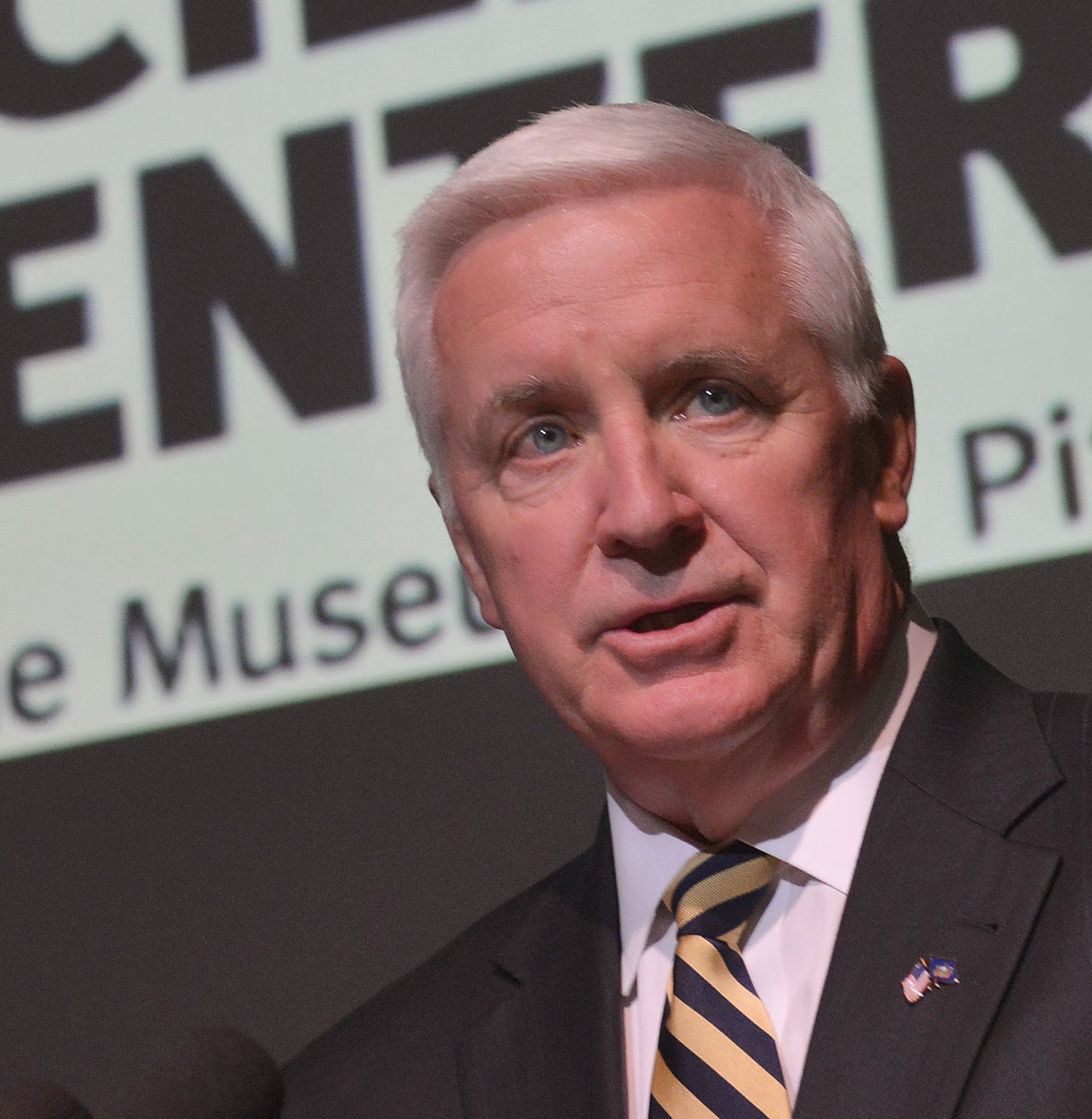 In a move that will have the Christofascists and gay haters going berserk, Pennsylvania Governor Tom Corbett (pictured above) has announced that he will not appeal yesterday's federal court ruling striking down that state's same sex marriage bans.  Previously, Pennsylvania Attorney General Kathleen Kane had refused to defend the ban which she believed to be unconstitutional.  As a result, the ruling will become final and same sex marriages will be allowed to continue and Pennsylvania will recognize same sex marriages legally performed in other marriage equality states (which means at the husband's family reunion in the late summer , we will be married under Pennsylvania law).  The Pittsburgh Post-Gazette has details:

“I have thoroughly reviewed Judge Jones’ opinion in the Whitewood case. Given the high legal threshold set forth by Judge Jones in this case, the case is extremely unlikely to succeed on appeal. Therefore, after review of the opinion and on the advice of my Commonwealth legal team, I have decided not to appeal Judge Jones’ decision,” said a statement from Mr. Corbett’s office.

Same-sex couples have already begun applying for marriage licenses across the state and one same-sex couple was wed this afternoon in Allegheny County.

“As a Roman Catholic, the traditional teaching of my faith has not wavered. I continue to maintain the belief that marriage is between one man and one woman. My duties as Governor require that I follow the laws as interpreted by the Courts and make a judgment as to the likelihood of a successful appeal,” Mr. Corbett’s statement continued.

“Throughout the debate on this important and meaningful issue, I have maintained that Commonwealth officials and agencies would follow the provisions of Pennsylvania’s marriage law unless or until a court says otherwise. The court has spoken, and I will ensure that my administration follows the provisions of Judge Jones’ order with respect for all parties.

“It is my hope that as the important issue of same-sex relationships continues to be addressed in our society, that all involved be treated with respect.”

Some of the plaintiffs, represented by the American Civil Liberties Union and the Philadelphia firm Hangley Aronchick Segal Pudlin & Schiller, demanded that Pennsylvania recognize gay marriages from other states, while others sought to be married in Pennsylvania.

U.S. District Judge John E. Jones III gave both group of plaintiffs what they wanted.  “By virtue of this ruling, same-sex couples who seek to marry in Pennsylvania may do so, and already married same-sex couples will be recognized as such in the commonwealth,” he wrote in Tuesday’s decision.

Despite the rants and moans of the Christofascists, the world will not end in Pennsylvania and heterosexual couples will continue to marry and have children.  Absolutely nothing will change except that the Christofascists will not be allowed to force their views on the public and punish gays for their non-compliance with their insidious beliefs.

UPDATED: Not unexpectedly, the hate merchants at NOM have gone into spittle flecked rants over Gov. Corbett's decision to NOT appeal yesterday's federal court ruling striking down Pennsylvania's gay marriage ban.  Here's a sample of the batshitery provided by NOM's Brian Brown:

As noted before, Brown's fury is likely driven by his knowledge that his plush six figure income gig may be about over.  God forbid he have to get a real job - or perhaps move to Russia or Uganda.
Posted by Michael-in-Norfolk at Wednesday, May 21, 2014