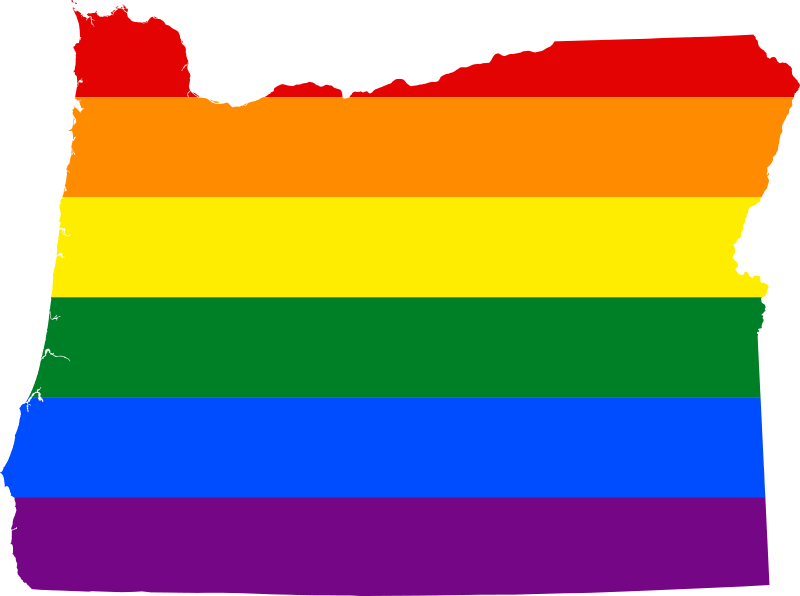 Today, yet another anti-gay animus motivated state constitutional and statutory ban on same sex marriage was ruled unconstitutional.  The latest domino is the state of Oregon where a U.S. District judge - like a plethora before him - ruled that that state's gay marriage ban violates the U.S. Constitution.  Adding to the victory are (i) that the Court rejected the motion to intervene filed by the hate merchants at the National Association for Marriage - a group that I still suspect to be front for the Catholic and Mormon Churches - and (ii) the U.S. Court of Appeals for the Ninth Circuit's refusal to grant an emergency stay of the ruling as requested by NOM, thus opening the door for same sex marriages to begin in Oregon.  The U.S.District Court's full ruling can be found here.   It goes without saying that the spittle is flying in Christofascist and professional Christian circles.  Here are some highlights from The Advocate:

U.S. District Judge Michael McShane, who ruled last week that the National Organization for Marriage had no standing to defend the law in court, ruled Monday that the 2004 ban is unconstitutional, according to Oregon United for Marriage. The ruling means same-sex couples can begin marrying immediately, and local officials are reportedly ready to issue them licenses.

In his decision, McShane wrote that the couples challenging the law clearly are examples of strong relationships, although that is not a prerequisite for state recognition of marriage. He said that granting gay and lesbian couples the right to marry would not have any effect on other families and couples, nor would it burden the state.

"Oregon law recognizes a marriage of love with the same equal eye that it recognizes a marriage of convenience," he wrote. "It affords the same set of rights and privileges to Tristan and Isolde that it affords to a Hollywood celebrity waking up in Las Vegas with a blurry memory and a ringed finger. It does not, however, afford these very same rights to gay and lesbian couples who wish to marry within the confines of our geographic borders."

"YES! Marriage equality has come to Oregon," he wrote "Everyone should be free to marry the person they love – plain & simple."

Sen. Jeff Merkley also issued a statement upon the judge's ruling, congratulating same-sex couples on the right to marriage.

The 9th Circuit's rejections of NOM's motion can be found here.
Posted by Michael-in-Norfolk at Monday, May 19, 2014