The GOP Rush to Abandon the Poor 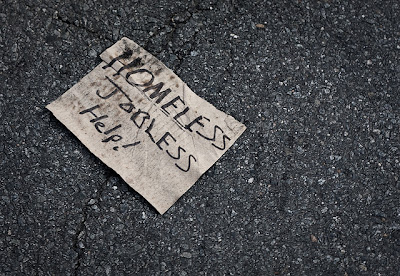 As this blog has noted many times before, the Republican Party's verbal claims that it's the "family values" party and the party of Christian values are totally disconnected from the Party's actions.  While the GOP kisses the ass of the Christian Right non-stop, the Gospel message is nowhere to be seen in the hate, geed, and ignorance agenda of the Party. One of the things this blog tries to highlight is hypocrisy whether the hypocrisy occurs in government, religious institutions or elsewhere.  Today's GOP is all about hypocrisy and the policies it is pursuing makes a mockery of the Gospel message of the Bible - the book that the whore like members of the GOP claim to honor, if not outright worship.  The New York Times looks at the total disconnect of the GOP the Gospel message of aiding the poor as the GOP at the state and local level strive to kick the poor to the curb.  Interestingly enough, Taliban Bob McDonnell is acting in a moderate manner as he apparently still campaigns for the VP nod from Mitt Romney.  Here are editorial highlights:

The state with the country’s worst health care record just happens to have a governor who has been the loudest voice against national efforts to improve it.

A quarter of the residents of Texas, 6.3 million people, are uninsured, by far the highest percentage in the country. (That number includes more than a million children.) Texas ranks last in prenatal care and finished last on a new federal assessment of overall health quality that examined factors like disease prevention, deaths from illnesses, and cancer treatment.

Yet Gov. Rick Perry — strangely puffed up as he was so often in his presidential bid — recently told the Obama administration that he would proudly refuse a huge infusion of Medicaid money that would significantly reduce those shameful statistics and cover 1.7 million more people. The same indifference to suffering that pushed Texas to the bottom is now threatening to keep it there.

At least five other Republican governors have made a similar choice, announcing that they will not expand their Medicaid program for the poor even though the federal government would pay for almost all of it for several years under President Obama’s health care reform law.

Their refusal illuminates a growing divide over the nature of a state government’s role. Around the country, a new study shows, states continue to face a fiscal crisis because of rising costs and Republican-driven cuts in federal aid.

Over the last year, for example, eight states have cut or eliminated cash welfare payments to their poorest residents. It happened last week in Pennsylvania, where 61,000 residents — almost all of whom are disabled and poor — were told that they would abruptly lose their $200 monthly general assistance payments, all to save $150 million a year. Our hands are tied by a tightening budget, welfare officials told astonished recipients, though Gov. Tom Corbett’s hands didn’t seem restrained when he handed out $300 million in business tax cuts earlier this month.

Gov. John Kasich of Ohio has cut hundreds of millions from education, but when the state found itself with a $235 million surplus a few weeks ago, he announced that it would all go into a rainy-day fund, doing nothing to deal with rising classroom sizes. In Maine, Gov. Paul LePage — who compared the health care reform law to the Holocaust — signed a budget bill in May that will reduce or eliminate existing Medicaid coverage for 21,000 people.

Many mainstream Republican governors are taking a different approach. In a letter to the president last week, Gov. Bob McDonnell of Virginia, the chairman of the Republican Governors Association, said states should think carefully before they reject Washington’s money. Though he remained quite critical of health reform and Medicaid, he also noted that refusing the expansion would create “a significant gap in coverage” for low-income people.

For now, at least, Virginia recognizes an obligation to its weakest citizens. It’s time for Texas, Florida, South Carolina, Wisconsin, Iowa and Louisiana to do the same.