"Nones" - i.e., Those With No Religious Affiliation - Continue to Grow in Numbers 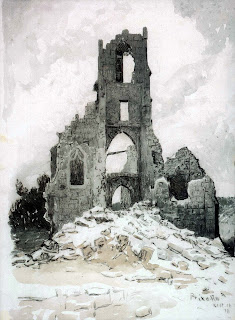 In what I candidly view as a positive development given the toxicity of conservative Christianity in this country and the willingness of its adherents to trample on the rights of all other citizens, a new Pew Center survey has found that 19% of Americans check "None" for their religious affiliation.   As this percentage hopefully continues to grow we will hit a tipping point where Christianist views lose their special status and preferential treatment under the nation's laws. Meanwhile, I'm sure the "godly Christian" crowd will continue their campaign of hate, hypocrisy, ignorance and intolerance that seems to be convincing younger Americans to walk away from organized religion entirely.  It's interesting that "Nones" are disproportionately well educated - a fact not lost on Christianists who seek to dumb down public education and/or rewrite it to bolster their false myth that America was founded as a "Christian nation."   Here are excerpts from a USA Today article that looks at the survey findings:

Unbelief is on the uptick. People who check "None" for their religious affiliation are now nearly one in five Americans (19%), the highest ever documented, according to the Pew Center for the People and the Press.


The rapid rise of Nones — including atheists, agnostics and those who say they believe "nothing in particular" — defies the usually glacial rate of change in spiritual identity.

Barry Kosmin, co-author of three American Religious Identification Surveys, theorizes why None has become the "default category." He says, "Young people are resistant to the authority of institutional religion, older people are turned off by the politicization of religion, and people are simply less into theology than ever before."

Meanwhile, the Roman Catholic Church, the nation's largest religious denomination, the Southern Baptist Convention, Methodists and Lutherans, all show membership flat or inching downward, according to the 2012 Yearbook of American & Canadian Churches.


Two forces could hold Nones' numbers down. First, they are disproportionately young, often single, and highly educated — all groups with a low birth rate. Second, the number of believers who immigrate to the USA from particularly religious nations, such as Catholics from Mexico, fluctuates with government policies and economic issues, Chaves says.

But the chief way the category grows is by "switchers." A 2009 Pew Forum look at "switching" found more than 10% of American adults became Nones after growing up within a religious group.

"Americans famously say they believe in some variation of God. Over 90% do," Chaves says. "But it used to be 99% decades ago. The change is slow, but we can see it coming."

Conservative Christians remain the best argument against being a Christian.And thankfully, more and more individuals are rejecting their hate and fear based religious dogma.
Posted by Michael-in-Norfolk at Saturday, July 21, 2012

Email ThisBlogThis!Share to TwitterShare to FacebookShare to Pinterest
Labels: agnostics, Christianists, conservative Christians, decline in religious belief, no religion, religion as an evil