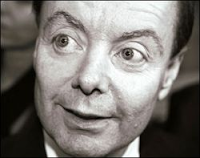 Speaking of conservative Christians driving the younger generations away from religion, two examples of the hate dripping animus that passes as religious motivated behavior, Gary Bauer - who looks like a self-loathing closet case to me (see the photo at right) - and Michele Bachmann are both on lunatic rampages that underscore the ugliness of Christianity at the hands of the far right.  First we have Bauer claiming that gays and gay marriage cause crime, especially murder in Chicago.  Right Wing Watch reports on Bauer's deranged mindset and effort to stir up violence against gay Americans.  Here are excerpts:

On Wednesday, Gary Bauer of the Campaign for Working Families attempted to tie the Obama administration’s support for gay rights…to violent crime. Bauer said that the escalating crime rate in the city of Chicago is due to children growing up in fatherless homes, which he maintained is a result of Democratic policies that have “made it comfortable for many women to not have husbands in the home” and even same-sex marriage. “Obama and the Democrats have embraced the radical idea of men marrying other men,” Bauer sneered, “How is that going to help the black family?”

For the past fifty years, Rahm Emanuel's party, the Democratic Party, has made it comfortable for many women to not have husbands in the home. Now Obama and the Democrats have embraced the radical idea of men marrying other men! How is that going to help the black family?


When Emanuel worked in the Clinton White House, the response to gang violence, do you remember this, was midnight basketball programs. It didn't work, midnight basketball programs don't replace fathers. And, of course, it was around that time when Democrats and their media allies did their best to convince us that values really didn't matter. Even the disgusting values demonstrated in the Oval Office with a White House intern. 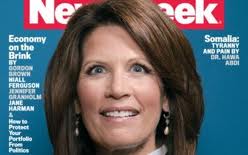 As if Bauer and his white supremacist leaning fellow Republicans give a rat's ass about black families!

Meanwhile, Michele Bachmann sees a Muslim conspiracy under every bush and has embarked on more lunacy trying to ferret out Muslims infiltrating the government.   Salon has a piece that looks at Bachmann's Muslim witch hunt.  Here are highlights:

Muslim conspiracy theories have largely vanished from the political debate. But with another election looming, the tide may be rising again, and Rep. Michele Bachmann is predictably already ahead of the crowd.

The Minnesota Republican, joined by Republican Reps. Trent Franks, Louie Gohmert, Thomas Rooney and Lynn Westmoreland, sent letters to the inspectors general of five government agencies responsible for national security to demand they investigate infiltration by the Muslim Brotherhood into the highest reaches of the federal government. In particular, Bachmann singled out Huma Abedin, the wife of former congressman Anthony Weiner and a top aide to Secretary of State Hillary Clinton.

Another letter targets the Department of Defense, which Bachmann et al. accuse of failing to “characterize accurately the jihadist motivations” of Maj. Nidal Hassan, the Army psychiatrist accused in the Fort Hood shooting.

A third letter went to the Department of Homeland Security, alleging the department is covering up the Muslim Brotherhood threat by developing an official lexicon that obfuscates its danger.

Yet another letter went to the Department of Justice inspector general warning that officials there had been meeting with Muslim groups that she accused of being “fronts” for the Brotherhood.

The final letter went to the Office of Director of National Intelligence, stating, “we request that your office conduct a formal investigation or evaluation into the extent to which Muslim-Brotherhood tied individuals and entities were involved

In an interview with the American Family Association’s Sandy Rios late last month, Bachmann explained, “It appears that there has been deep penetration in the halls of our United States government by the Muslim Brotherhood.

So what is Bachmann’s source? Every one of her letters prominently cites Frank Gaffney, a former Reagan defense official who has become one of the country’s most prominent anti-Muslim conspiracy theorists. Gaffney heads the Center for Security Policy and has for years been preaching to anyone who will listen that the Muslim Brotherhood is secretly infiltrating every aspect of American life in a grand scheme to impose Shariah law when we least expect it.

For Gaffney, everyone is an agent of the Brotherhood, including CPAC, the big annual gathering of conservatives in Washington, D.C., and Grover Norquist, the prominent anti-tax activist who is married to a Muslim woman.

Gaffney has since been ostracized from several other key conservative groups, yet Bachmann apparently feels justified demanding official investigations based on his theories.

It would seem that the only "deep penetration" that has occurred is the level of Bachmann's insanity.  In my opinion, the woman belongs in a mental hospital.
Posted by Michael-in-Norfolk at Sunday, July 15, 2012