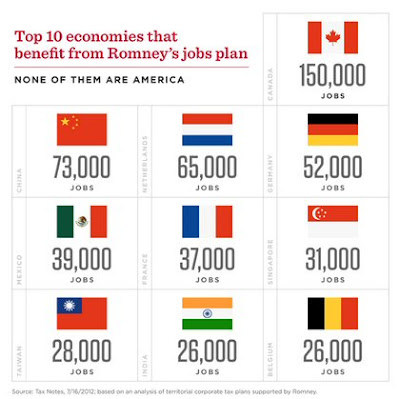 To listen to Mitt Romney he's all about creating jobs.  And at Bain Capital, he did a lot of job creating - most overseas as illustrated by the image above - not that most members of the GOP's Christianist/Tea Party base will even recognize the flags of the nations involved.  The GOP cynically continues to use anti-gay bigotry, anti-minority and Hispanic bigotry and feigned religiosity to convince the mental midgets in the GOP base to vote against their own est interests.  It's enough to make one's head explode.
Posted by Michael-in-Norfolk at Wednesday, July 18, 2012