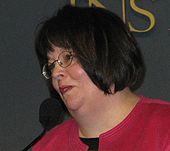 This blog has vented many times over the way that black pastors - or at least the ignorant ones who are dumb as bricks and utterly ignorant of history, including the racist history of the lily white Christianist "family values" organizations - time and time again act as the water carrying house slave for the likes of the National Organization for Marriage ("NOM") and similar organizations which might as well have KKK membership as a prerequisite for involvement within their ranks. Despite the endorsement of same sex CIVIL marriage by President Obama and the NAACP, some cretins and morons within the black pastor community have yet again come groveling and licking the boots of Maggie Gallagher as if she were Miss Scarlett at Tara.   While hypocrisy certainly sets me off, conscious decisions to embrace ignorance really puts me in a rank.  Yes, some will find my remarks offensive, but that doesn't make them any less the truth.  Think Progress looks at the black pastor crowd that are still doing the bidding of the descendants of their slave owning masters.  Here are highlights:

In March, confidential memos detailed the National Organization for Marriage’s strategy to drive a wedge between the gay and black communities (and nullify the existence of people who are both black and gay in the process). Unfazed by the backlash, NOM doubled down on the strategy, following through on it in North Carolina and refusing to apologize, even after internal emails showed how particular the group was about highlighting black religious leaders at events.

Now, NOM has redoubled its effort to “fan the hostility” by propping up the overstated Coalition of African-American Pastors and its founder (and NOM’s new spokesperson), Rev. Bill Owens, who likes to compare homosexuality to bestiality. The organization has released a new video, featuring Owens, the vitriolic Bishop Harry Jackson, Pastor Ericka McCrutcheon (who says gays “sodomize each other and practice other deviant behaviors in society), and others, criticizing the NAACP for “pandering to the President” and joining him in supporting marriage equality.

While technically CAAP is a coalition of black pastors, it’s not actually representative of anybody except the few radicals who’ve joined it. When CAAP had the gall to demand a meeting with the President two weeks ago, it admitted that it does not speak for any denomination, including the African Methodist Episcopal Church and Church of God in Christ. The group’s only purpose since its founding has been to attack marriage equality, and only since partnering with NOM has its anti-gay tantrums received any legitimate media attention. Unsurprisingly, in the vein of all of NOM’s failed online campaigns, CAAP’s 100000 Signatures 4 Marriage campaign has garnered a full 46 Likes on Facebook.

NOM’s media effort has been to paint CAAP as being some huge conglomeration of black pastors, when in fact it seems to have at best tens of active members (despite Owens’ claim of 1,300 members), and they clearly do not speak on behalf of their community. National polls have shown that a majority of African-American voters support marriage equality, even at higher rates than the national average.

I will concede that likening a fat bloviating cow Maggie Gallagher to Scarlett is a stretch, but Rev. Bill Owens kisses Gallagher's and NOM's ass just as thoroughly as the house slaves at Tara pandered to Scarlett. I suspect he even kiss up to the white supremacist linked Tony Perkins of Family Research Council.  Owens and his compatriots make whores look virtuous. 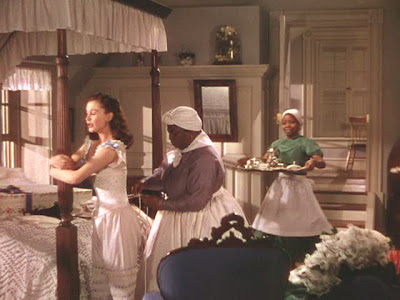