Coming Out at the End of Life 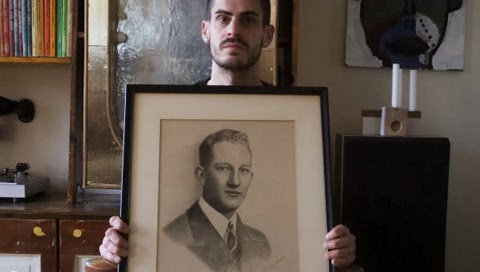 As readers know, I waited 37 years before I finally admitted to myself that "praying away the gay" simply doesn't work.  All it does is instill high levels of internalized self-hate when the miracle transformation never occurs and forces one to live one's life like an actor on a stage always trying desperately to be what church and society tells one they should be.  The emotional and psychological toll is immense.  Not, of course, that the proponents of the "change myth" give a damn about the lives they harm.  37 years is a long time to be consumed with self-hate, but as Grant Rehnberg reveals, his late grandfather waited until age 90, just months before he died and after the death of his wife of 65 years, to come out.  Part of me greatly respects James Burton Rehnberg for his self-control and another part of me mourns the years that he must have died inside - at least partly - to maintain his time in the closet for so long.  Grant Rehnberg is seeking to do a film memorial to his grandfather.  Here are highlights:

Thank you for visiting my fundraising campaign for The Family Connection, a memorial art installation in honor of my grandfather James Burton Rehnberg.

We buried my Grandpa Jim one month ago.

Five months ago, Grandpa Jim told me he is gay.

Sitting over photos of my husband Bradford and I at our wedding, my ninety-year-old grandfather proudly celebrated “the balls it takes” to live openly.  He told me about the love of his life, Warren Johnson, a boy he played music with at church.  He told me God loves every part of us.  He told me he would trade places with me if he could.  He told me he loved me.

I put picture of Bradford and me in his suit coat pocket and a red rose on his coffin.

The Family Connection examines my relationship with this complicated man.

In order to mourn Grandpa Jim, I will create a memorial installation, a eulogy that directly links our paralleled experiences as gay men and members of the Rehnberg family.  It seeks to answer the following questions:

How do I process my feelings toward a man whose legacy of religious shame, sexual repression, and fear of one’s true self shaped my own path?  How do I reconcile my experience as a young, privileged, openly gay man with his?

Over the centuries so many have suffered at the hands of the "godly folk" who embrace ignorance and need to condemn and look down on others in order to feel good about themselves.  Whe as a society are we going to learn that the "godly folk" are in fact horrible oppressors who have not only blood on their hands in extreme instances, but also a trail of ruined and/or tortured lives in the wake.  They deserve no deference and, in my view, no respect.  I hope James Burton Rehnberg has found the peace that he seemingly never found in life.

Email ThisBlogThis!Share to TwitterShare to FacebookShare to Pinterest
Labels: coming out, coming out in mid-life, families of gays, in the closet, religion as an evil, religious based bigotry