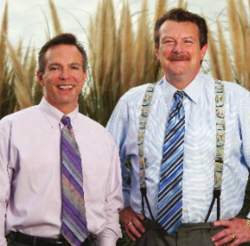 In a move that will likely not please the plaintiffs and legal team in Bostic v. Rainey which struck down Virginia's same sex marriage ban and which has been appealed to the U.S. Court of Appeals for the 4th Circuit, the 4th Circuit has granted a motion to intervene filed by the ACLU and Lambda Legal which are representing clients in a case in the U. S. District Court for the Western District of Virginia likewise challenging the marriage ban (that case is Harris v. Rainey).  That case is still pending in the wake of the February 13, 2014, ruling in Bostic.  It would make sense to me for the Court in Harris to rule and then consolidate the cases on appeal and, perhaps, that is what the 4th Circuit is indirectly attempting to do.  In any event, the 4th Circuit seems to be fast tracking this appeal. Here are highlights from BuzzFeed:

The appeals court considering whether Virginia’s ban on same-sex couples’ marriages is constitutional has set a quick schedule to consider the case in coming months.

The opening briefs in the appeal of the case backed by the American Foundation for Equal Rights, which was behind the challenge to California’s Proposition 8, are due March 28. Responses are due April 11, with the reply due on April 30. The case is tentatively scheduled to be argued before the appeals court the week of May 12.

In addition to setting the schedule for the case, though, the court also Monday granted the motion filed by lawyers from Lambda Legal and the American Civil Liberties Union, along with Jenner & Block partner Paul Smith, to intervene and file briefs for other same-sex couples who are plaintiffs in a second marriage lawsuit.

The Lambda and ACLU-backed couples, whose case is still before a trial judge, had asked the court to intervene in the appeal of the AFER-backed case — a move the AFER-back plaintiffs, represented by Ted Olson and David Boies, opposed.

Hopefully, the intervention will no slow down the appeal schedule since LGBT Virginians are seeking a prompt final end to the Marshall-Newman Amendment.  In the course of the appeal, it will be interesting to see what lunatic arguments are made by the misnamed Alliance defending Freedom.
Posted by Michael-in-Norfolk at Monday, March 10, 2014