Rand Paul: GOP Needs to Get Out of Social Issues 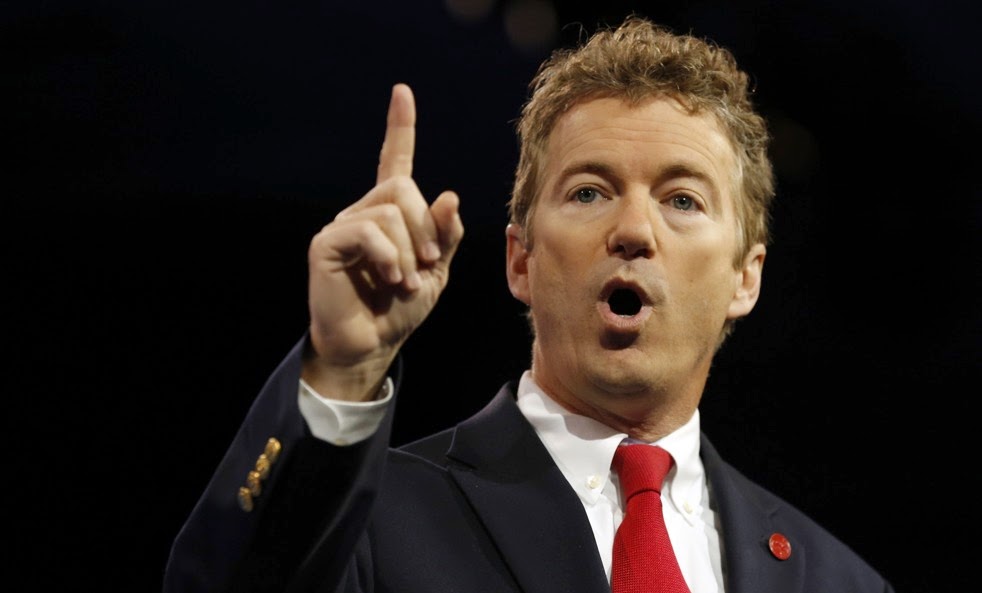 Of all the former Republicans that I know, what drove them away was the take over of the GOP by the Christofascists, including those religious extremists who have re-branded themselves as the so-called Tea Party.  Social issues are proving equally radioactive for the GOP with younger voters.  The solution?  Kick the crazies out of the party or neutralize their ability to continue to force the GOP to embrace social issues that are increasingly rejected by a majority of Americans and play well only with the angry white Christian demographic which is literally dying off.  Now, would be GOP presidential candidate Rand Paul has more or less taken up this position even though he tries to have it both ways on same sex marriage.  I do not trust Paul, but at least he is pushing the issue.  Expect exploding heads and sheets of flying spittle from the professional Christian crowd!   Here are some highlights from Paul's reponse to a recent interview:

Q. There was a consensus among young people at the recent Conservative Political Action Conference that the GOP needs to get out of social issues. Do you agree?

A.I think it’s partly that. But I also think young people are very concerned with privacy. I think most young people’s lives revolve around their cellphones. They communicate with their parents by cellphone even when they’re in the house. And I think they are horrified by the idea of the government searching their records and being in possession of their records when they’ve not been suspected of a crime.

Q.Right. But it seems what they’re saying is that the Republican Party should stay out of issues like gay marriage.

Q.As a libertarian, you believe in the sovereignty of the individual. But when it comes to the right for gays to marry, you said it should be left up to the states. Isn’t that a contradiction?

On issues that are very contentious, that involve social mores—I think that allowing different parts of the country to make their decision based on the local mores and culture is a good idea. But when it comes to taxes and benefits, the [federal] government out to take a neutral position—a way where marriage wouldn’t have an effect, positive or negative, on those things.

Q. Your recent op-ed for Breitbart about the future of the Republican Party got a lot of attention. Specifically, you said, “Splintering the party is not the route to victory.” Was that directed at Ted Cruz?

A.I have sort of a Jeffersonian belief in unity, peace and commerce with all. That means we don’t devour our own. We try to find an area where we can stand for principle. But it also includes people you don’t agree with on every issue.