All Virginia Democrat Leaders Must Back Marriage Equality 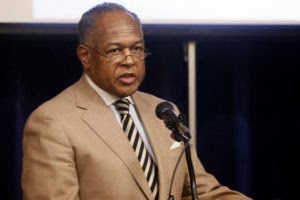 The controversy surrounding Richmond Mayor Dwight Jones' apparent soon to be completed coronation as chairman of the Democratic Party of Virginia continues and even as Equality Virginia seems poised to drop opposition to Jones, many are not happy - and may show their displeasure by withholding campaign donations to Democrats.  I urge those who feel that LGBT Virginians have been thrown under the bus yet again to say "No" to asks for money and cite Jones as the reason.  Believe me, that is what folks will be hearing from me. As for Jones' hypocrisy, his stance on same sex marriage has the same lack of credibility as someone who would argue 50 years ago that they supported non-discrimination against blacks, but based on Bible passages supported Virginia's anti-miscegenation law which was struck down in Loving v. Virginia.  You do not get to have it both ways either then or now.  An op-ed in the Washington Blade makes the case why Jones' position is unacceptable:

On Saturday, March 15, 32 members of the Virginia Democratic Central Committee will come together in Richmond to elect the chair of their party. As Virginia governor, Democrat Terry McAuliffe is the titular head of the party. His nomination as the Democratic Party Chairman along with the ratification by the party central committee is normally a foregone conclusion. However, Gov. McAuliffe’s selection of Richmond Mayor Dwight Jones as the new chair of the Virginia State Party has raised concerns among LGBT Democrats throughout the commonwealth.

The major concern is that Mayor Jones, who is also the senior pastor of the First Baptist Church of South Richmond, does not support marriage equality for LGBT Virginians. It would appear that Mayor Jones is out of step with the recent changes in attitudes and what the courts are saying about laws banning same-sex marriage.

Mayor Jones, referencing his church, was quoted in the Washington Post as saying, “We preach a gospel of love.” I would dare say that LGBT Virginians couldn’t care less about what he is preaching in his church, but would care about how he will be conducting Democratic Party business and using his leadership role to end discrimination for all Virginians.

If Mayor Jones is not for LGBT marriage equality then we must assume that he is against it and therefore should not be the chair of the Virginia Democratic Party. LGBT Virginians have waited long enough for their party leadership to evolve on this issue. I should add that as an African-American gay man, I cringe when I hear black clergy talk about preaching the gospel of love but not always practicing the tenets of Christian love, which is rooted in fairness and justice, and often code for everyone but LGBT folks.

I would ask that Gov. McAuliffe name a party chair who believes in protecting the rights of all Virginians, including LGBT Virginians. 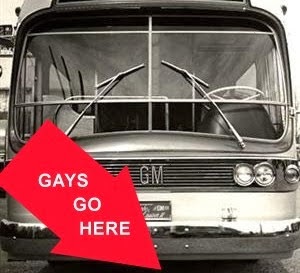 Posted by Michael-in-Norfolk at Wednesday, March 12, 2014