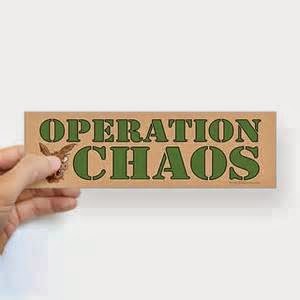 Few spectator "sport" are more enjoyable than watching the lunatics of the GOP base go all crazy and spittle flecked as they struggle to drag the Republican Party back to Neanderthal times and ultimate political extinction.  They laud uncontrolled mob rule and the more insane one is, the more one is to be supported.  Some in the Virginia GOP - admittedly far too few - do realize that the swamp fever must be stopped.  One is Senator Frank Wagner who I have know for over 20 years - we began our political activism and involvement at about the same time initially over education issues in Virginia Beach.  The upshot is that efforts are being made to rein in the insanity afflicting the Virginia GOP and block efforts to put the Christofascists/Tea Party in complete charge.  Having been to a state GOP convention myself once upon a time (when the GOP was much less insane), conventions are NOT representative of most Republicans.  Now, with the rise of the Christofascists and Tea Party in the party base, they pack conventions and the result is the trio of crazies that got nominated in 2013 for statewide office.  All of them lost. The Mason Conservative has a piece that evidences the reaction of the crazies.  Here are highlights:

It looks like Frank Wagner's despicable slating tactic to nullify any and all participation in the state and local politics by actual conservatives is spreading.  I am hearing this could happen in the 2nd, 3rd, and 5th districts as well.  So instead of trying to work together and broaden the party, the Establishment all over Virginia has made it pretty clear that they only want either paid lackeys or bootlickers running the local committees.  So if they continue to do this, there isn't much we can do.
Or is there.

What I propose is if the Establishment here in Virginia continues to use this tactic in order to disenfranchise any person who doesn't toe the line, we vote Democrat this year.  Just this once.  Consider this Operation Chaos 2.0. If they don't want us, lets see how they will feel if vote against them?  This a free country and in my opinion, it is the duty of the party to serve its members, not the reverse.  Unfortunately, when you get into power and surround yourself with paid yes-men, you lose sight of that.

Is this a radical step?  Yes.  Will this idea catch on?  I hope so.  Primaries are pointless if the system is gamed.  The reason why people like Frank Wagner and his ilk hate conventions is because it is a system that he cannot game, cannot control, cannot dictate the outcome just because he's a state senator.  For all the bullshit they spew about growing the party through primaries, let's see them eat those words when they have effectively thrown out the activist base that does all the hard work and actually believes in what fake conservatives like Wagner et al say they believe in.

They think we are patsies.  They think we can be bullied and put down and beaten into line.  But parties are overrated, they are simply vehicles for getting elected to enact your principles.  What is in your heart is more important then the letter after your name on the ballot.  If they want to play dirty, let's play dirtier.

Personally, I support Frank Wagner's efforts.  Something must be done to end the swamp fever.  And if the lunatics do go forward with "Operation Chaos," it would be a good thing for Virginia and perhaps permanently discredit these nutcases.
Posted by Michael-in-Norfolk at Saturday, March 15, 2014