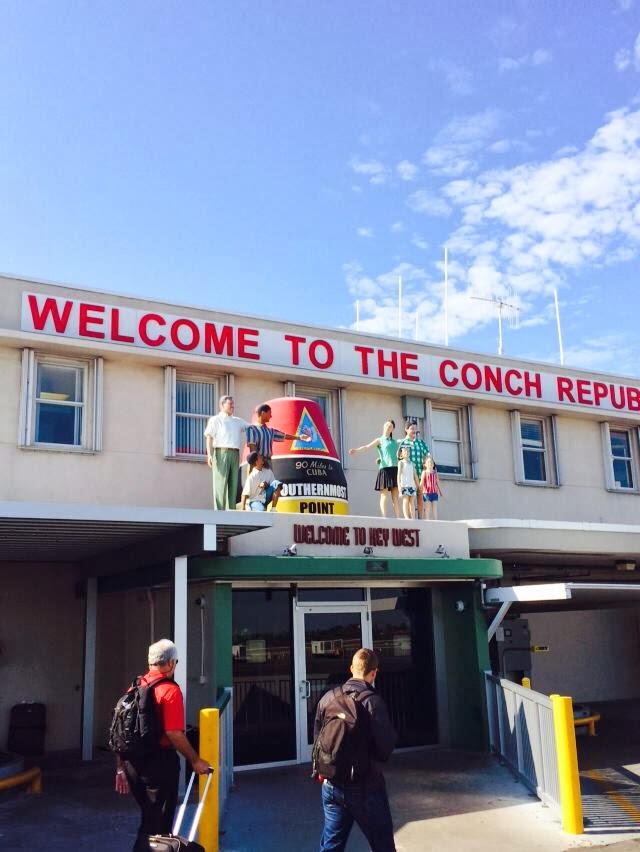 The boyfriend (soon to be husband) and I are flying out this morning for a long weekend in Key West.  Preparing to leave has been a bitch what with coordinating the dog/house sitter, me trying to get client matters under control and working until 9:00PM on Monday and Tuesday and not quite as lat last night. Thankfully, we had a nice time at the Hampton Yacht Club with three of the boyfriend's country club women clients who we love to death last evening - although I arrived over an hour late due to putting  out out client brush fires late this afternoon.  Upon getting home we had a mini-crisis when we we notified that out flight out of Newport News was delayed and that our whole day tomorrow would be spent traveling as a result.  Thankfully, we manage to reschedule to leave out of Norfolk and now will get to Key West at 12:30PM as originally planned.

In past years we have stayed at The Oasis on Fleming Street a few blocks from Duval Street.  This trip, however, we are staying at The Equator since The Oasis was bought by a Swedish investor and it is now "all welcoming" instead of all gay.  A good friend headed down yesterday ahead of us and is already there.  Another friend joins us on Friday and there are some other Hampton Roads folks visiting, so it should be a wonderful time as always.   We also will be catching up with with former neighbors who moved to Key West within the last six months - they used to live a block down the street from us.  As is the norm, I will be blogging while in Key West albeit not as regularly, :)

Here's a view of the scenery flying in via our friend who arrived yesterday: